Confusion As FG Makes A U-Turn Over Ban On Football


This comes as a shock to the country’s teeming football populace, who heaved a sigh of relief last week, after the PTF, in its guidelines, stated it had removed restrictions on “sporting leagues.” 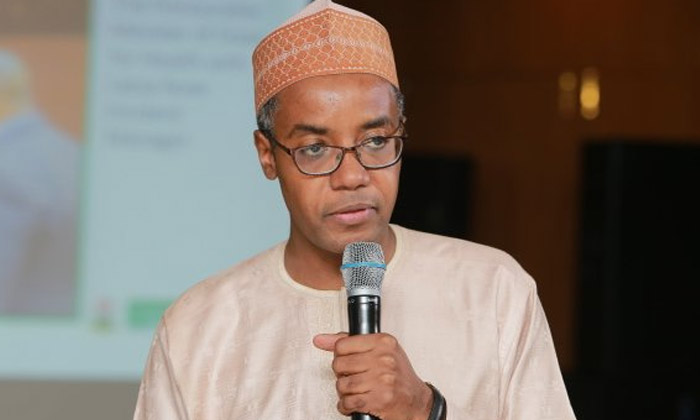 The Federal Government says it has not lifted the ban on contact sports, including football, amid preparations by Nigeria Professional Football League clubs ahead of the 2020/21 season.

National Coordinator of the Presidential Task Force on COVID-19 Dr Sani Aliyu, while answering questions at a press briefing in Abuja on Thursday, said the PTF had only  removed restrictions on non-contact sports.

“On the issue, I’m a football fan, but sadly, we have not allowed contact sports at the moment. We have only allowed non-contact sports, and so, football is not included. All those football fans, it’s not yet time, but we are looking at this, and we will continue relaxing when the time comes and it is safe to do so,” Aliyu said.

This comes as a shock to the country’s teeming football populace, who heaved a sigh of relief last week, after the PTF, in its guidelines, stated it had removed restrictions on “sporting leagues.”

At last week’s press briefing, Aliyu said nothing had changed in sports, insisting that only non-contact sports were allowed to hold, but the PTF’s implementation guidelines for the phase three of eased lockdown, granted permission for resumption of sporting leagues without fans, which caused confusion amongst football stakeholders.

“Restriction is removed on outdoor communal (non-contact) sports and use of recreational parks for supervised physical exercise; and sporting leagues to resume with no fans in stadiums and with necessary NPIs to be directed by the Federal Ministry of Sports and Youth Development and the NCDC (Nigeria Centre for Disease Control),” the guideline stated.

Secretary of the Club Owners Association, Alloy Chukwuemeka, told The PUNCH last week, “There is a bit of confusing information from the PTF. The document they released said all leagues should resume without fans, but the video of the (Aliyu’s) press briefing is something different.”

The new development has placed the resumption of the NPFL in the dark.

The League Management Company, organisers of the NPFL, had begun preparations towards resumption of the new season by sending notices to clubs to submit their licensing applications, a prerequisite for participating in the incoming season, which was being planned to begin in October.

Meanwhile, some players in the NPFL have lamented the latest twist.

“This is so sad to hear, because we’ve started training. I don’t know what we will do from here,” Lobi Stars defender Reuben Ogbonnaya told The PUNCH.

Akwa United midfielder, Dare Ojo added, “What we heard is that they said football is resuming without fans. Now that you are telling me that we are not to resume again, I just can’t believe it. I just hope they find a solution to this quickly.”