Nigerians have been left fuming on social media over a trending video of Ozo and Nengi. 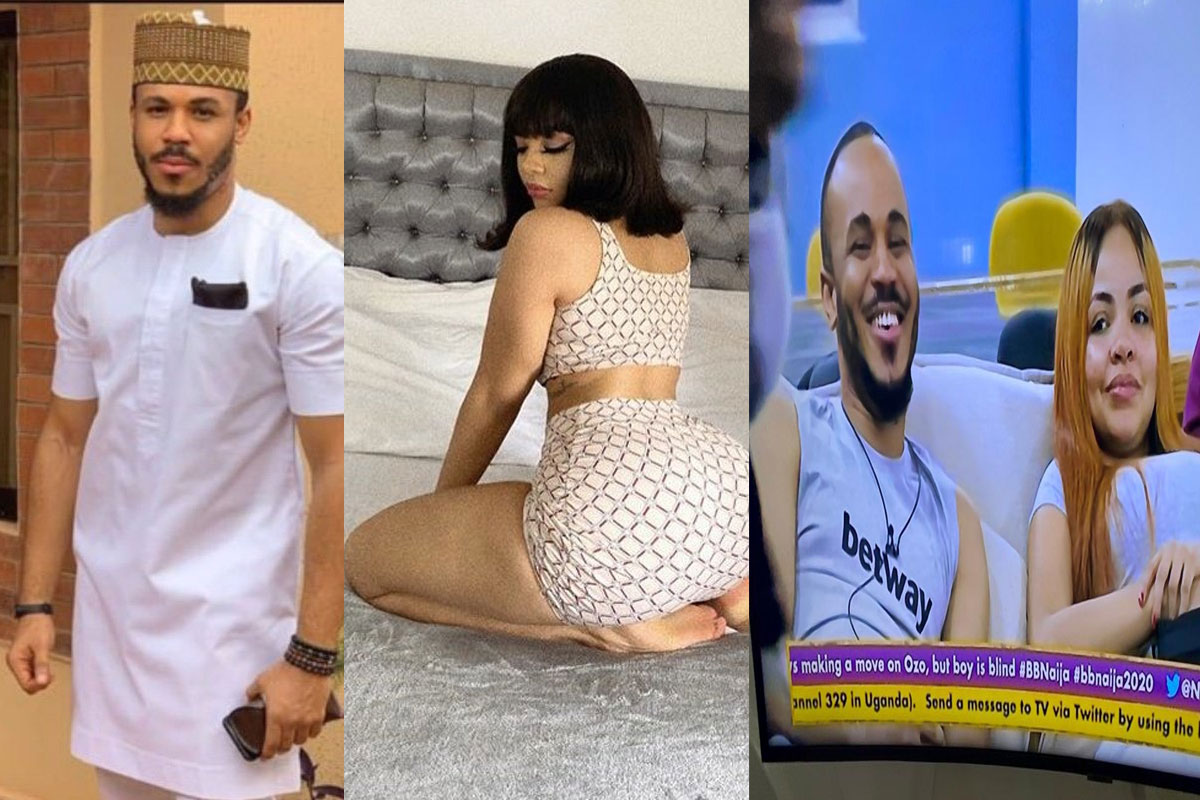 Ozo and Nengi
Nigerians on social media have expressed disappointment over the attitude of BBNaija housemate, Ozo.
No doubt the 28-year-old consultant is really in love with the former beauty queen, Nengi, but many people are now tired of the obsession as it is a one-way thing.
They were recently spotted in the Big Brother House garden having a conversation and in course of it, Nengi is heard telling Ozo that he doesn’t support her.
Surprised by her statement, Ozo stood up from their talk to walk away and even while Nengi continued to stress that she doesn’t need his support, Ozo is seen later running back to her.
The moment Ozo stood up from their conversation and was about to leave the garden, had netizens feel he had finally regained his senses and most were happy for him, not until he started running back to Nengi like a “mumu”.
Some viewers of the show have since been disappointed with Ozo’s incessant advances towards Nengi and are hoping that he eventually realizes that there’s more to life than chasing a woman who clearly doesn’t want you.
Watch the video below: