A pastor accused of sexually assaulting a 14-year-old girl in Abuja and attempting to remove the pregnancy has found himself in hot soup. 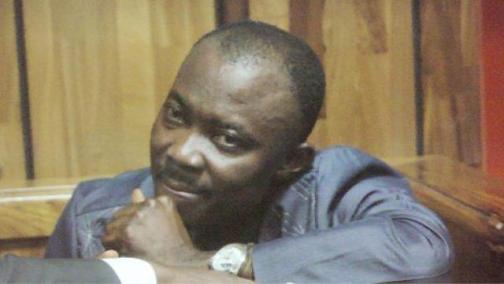 Pastor Basil Princewill
The founder and General Overseer of the Mountain Mover Fire Ministry International, Nyanya, Abuja, Pastor Basil Princewill, will have to spend time in prison for raping a 14-year-old girl and attempting to abort the pregnancy.
This comes after the Court of Appeal, Abuja, on Tuesday, upheld the conviction and sentencing of a High Court handed to him over the offence.
Justice Stephen Adah, while reading a unanimous judgment of a panel of three, held that the appellate court found nothing wrong with the judgment given on June 25, 2019 by Justice Hussein Baba-Yusuf of the High Court of the Federal Capital Territory (FCT).
Justice Baba-Yusuf, in that judgment, convicted Princewill, Founder and General Overseer of the Mountain Mover Fire Ministry International, Nyanya, Abuja, on two of the four counts contained in the charge.
Princewill, who was sentenced to seven years for rape and five years for attempting to procure abortion, however appealed the decision in a suit marked: CA/A03c/2020 at the Court of Appeal.
Justice Adah, in the judgment, dismissed the clergyman’s appeal.
He noted that Counsel to the police, Simon Lough, effectively discharged the burden of proof placed on it by the law.
“The sole issue, identified for determination, is resolved against the the appellant.
“Having gone through the record before the court and the argument of counsel to the parties, we found that the trial court did not do anything wrong in convicting the appellant and sentencing him to seven years.
“This appeal hereby fails. The conviction and sentencing of the appellant is affirmed,” Justice Adah said.
He also dismissed the cross-appeal filed by the prosecution, who had sought a longer term of imprisonment for Princewill.
Justice Adah held that it was the discretion of the trial judge and added that under the Administration of Criminal Justice Act (ACJA) 2015, a first offender cannot be given the total term of imprisonment provided by the law.
The case was filed by the police on June 4, 2012, with the prosecution closing its case on Dec. 9, 2016, after calling five witnesses.
Top Stories