The final photo of reggae legend, Bob Marley before his tragic death from cancer, has been released 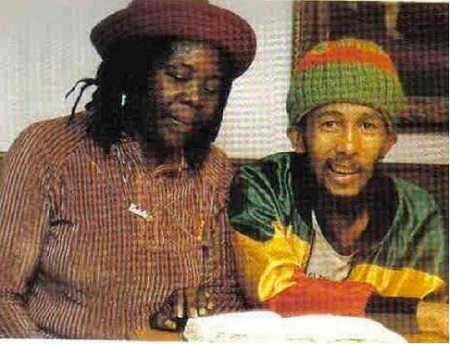 The picture above is the last known photo taken of raggae legend Bob Marley before he succumbed to cancer on May 11, 1981.
The photo was taken in early 1981 while Marley was in Pennsylvania for cancer treatment with Dr. Josef Issels.
Marley’s weight had dropped to 77 pounds and after fighting the cancer without success for eight months, accepted his fate and left Germany to die in his homeland Jamaica.
Sadly, Marley never made it back to Jamaica alive.  After landing in Miami, Florida he was taken to Cedars of Lebanon Hospital (now University of Miami Hospital) where he passed away at 11:35 AM on May 11, 1981 at age 36.
The spread of melanoma to his lungs and brain caused his death.
His final words to his son Ziggy were "Money can't buy life."
Top Stories