A man who reportedly swindled a US-based married lover millions of naira has been apprehended by the police. 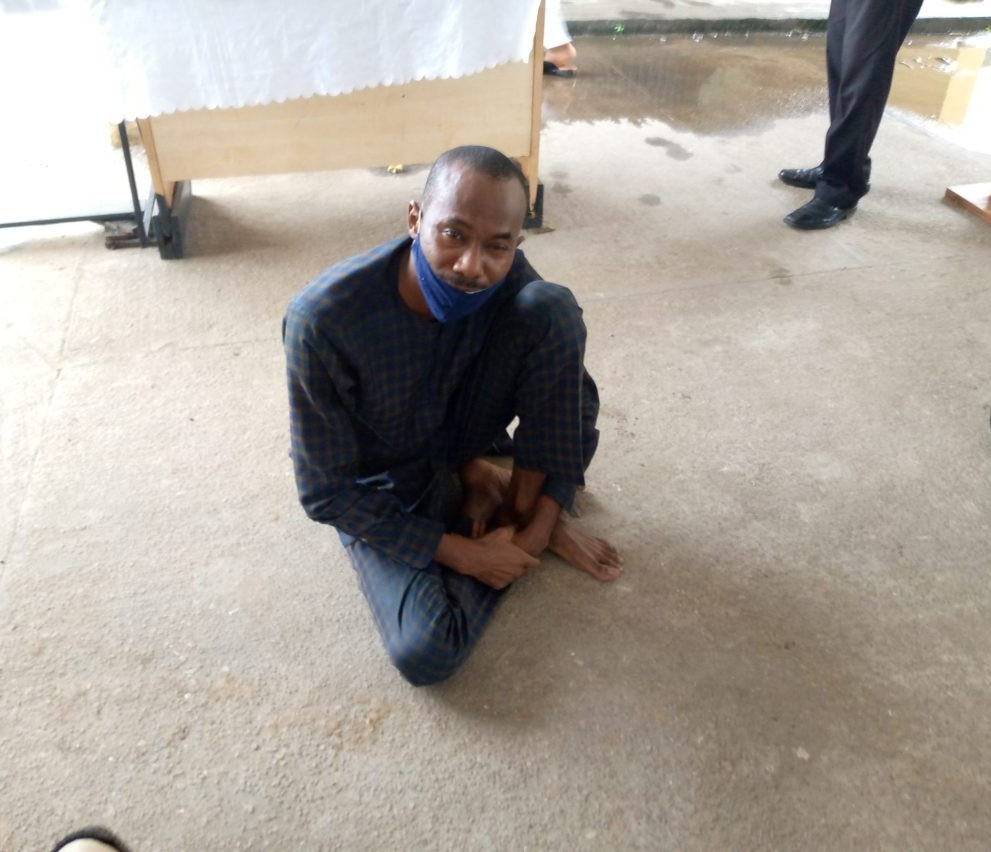 Sylvester Ehiarinmian after he was arrested
Policemen in Abuja have arrested a man who allegedly defrauded a US-based Nigerian woman of N40 million.
The man identified as Sylvester Ehiarinmian, 43, made love advances to Mary Ope, 40, who is married with children, promising to marry her, Assistant Inspector-General of Police in charge of Zone 2, AIG Ahmed Iliyasu said.
The married mother naively fell into the suspect’s scam net, police said, and he allegedly swindled several millions of Naira and landed properties out of her.
The victim, who owns a farm in the FCT, Abuja, reportedly had the intention of setting up other businesses in Nigeria and she was introduced to Ehiarinmian as someone capable of providing security to and from her farm.
They got in touch and the suspect was said to have made a love advance to her, with a promise to marry her, even though she claims he was aware she was married. She claims she "hypnotically" fell in love with the suspect who dispossessed her of both cash and property .
AIG Ahmed revealed that the suspect obtained the sum of $15000 dollars from her to procure visa for the victim’s sister, another $10,000 he proposed to purchase carpets for an office they both agreed to operate and N40 million for the establishment of a medical laboratory.
When the scale fell off her eyes, Mary petitioned the Zone 2 Command, Onikan, Lagos, to fish out the suspect. 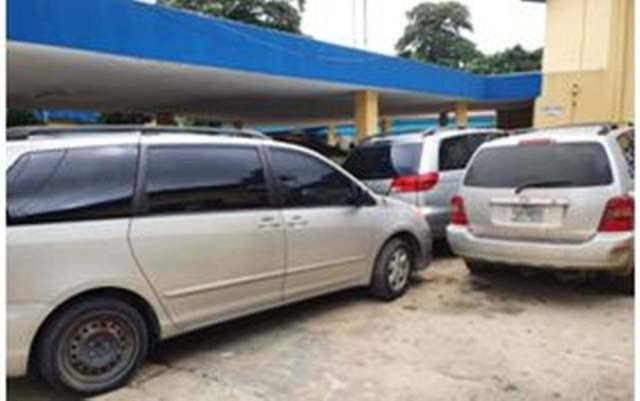 Ehiarinmian was arrested and the following items, belonging to the victim, were recovered: two Toyota Sienna Space buses (05/07 models) marked RBC 564 BB and YAB 101AZ; two unregistered Toyota Sienna Space buses (05/07 models); Toyota Highlander (01 model), with Registration No. YAB 768 SD; bunch of keys of a storey building comprising two bedroom flats and two self contained apartments.
Also recovered were one bedroom flats with boy quarters in Apo Resettlement Abuja; documents in respect of a ‘900sqm land, located in Wasa District, Abuja along with Certificate of Occupancy (C of O); documents of a 900sqm land, situated in Angwan Tiv area of Apo Resettlement Area, Abuja; a 900kVA generating set and nine copies of Deeds of Assignments for a property in Apo, Abuja.
Yet to be recovered from him are a Mikano Generating set, two duplexes in South Africa, the sum of $15,000 (obtained for the victim’s sister's visa), $10,000 (for purchase of office carpets) and N40 million he collected from her for the establishment of a medical laboratory.
When questioned, Ehiarinmian denied the allegation, saying: "I did not defraud her. She is my girlfriend. We had a misunderstanding and she boasted that she had powerful people who would deal with me. Let us go to court, that is what I want."
Top Stories