It was gathered that the gunmen invaded the house of the deceased on Monday night and hacked him to death. 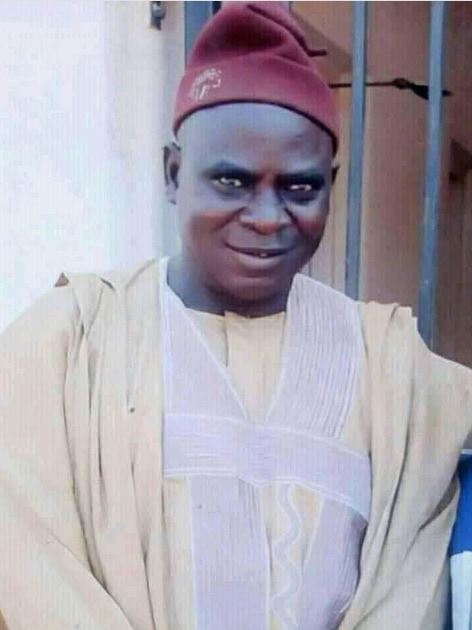 The acting Gwom Rwei of Foron District in Barkin Ladi Local Government Area of Plateau State, Da Bulus Chuwang Jang has been murdered by gunmen suspected to be Fulani herdsmen on Monday night.

Details are still sketchy, however, it was gathered that the gunmen invaded the house of the deceased on Monday night, September 21, and hacked him to death.

Reacting to the incident, Peter Matong, a former DG at Global Clinical Psychology Nigeria,described the killing as "callous and unfortunate"

"Our leadership and security agency must rise to the occasion, come out and ensure that perpetrators are arrested and justice is gotten." he added. 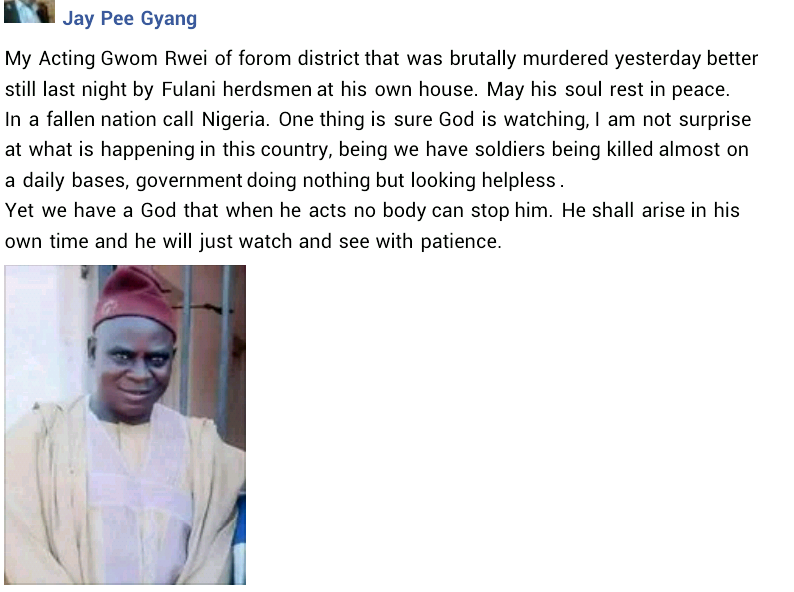 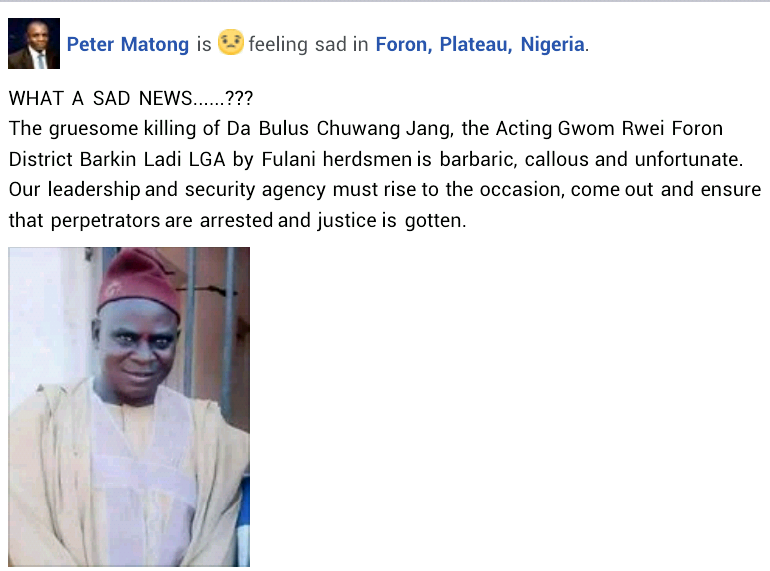