The truck driver, who was also on motion, was said to be unaware that his vehicle was dragging Chika, but eyewitnesses signalled to him to stop the vehicle. 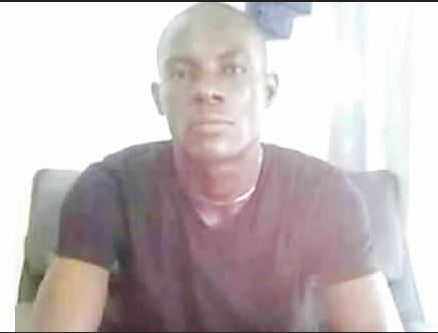 According to a report by PUNCH Metro, the family of an officer of the Lagos State Neighbourhood Safety Corps, Chika Nsude, is demanding justice after a truck crushed him to death around the Powerline area of Iyana-Ejigbo, in the Ejigbo Local Council Development Area of the state.

It was gathered that Chika was riding a bicycle to his beat at the Excel College in Ejigbo when a yet-to-be-identified commercial driver drove against the direction of traffic and rammed him into the truck.

The truck driver, who was also on motion, was said to be unaware that his vehicle was dragging Chika, but eyewitnesses signalled to him to stop the vehicle.

After bringing the vehicle to a halt, Chika’s dismembered body was removed from underneath the truck and placed in a patrol vehicle, which conveyed his corpse to a mortuary.

An eyewitness, Seun Demilade, told our correspondent on Tuesday that the commercial bus driver drove recklessly to avoid paying money to a union member, adding that he fled after realising the effect of his action.

Demilade stated, “What we gathered was that the LT bus driver drove against the traffic to avoid paying money to a union member and in the process, rammed into an LNSC officer riding a bicycle to his beat at the Excel College in Ejigbo. The LNSC officer was riding beside a truck that was also on motion on the regular lane when the LT bus driver knocked down the officer and his bicycle under the truck, which crushed him to death.

“Initially, the truck driver didn’t know that the officer was underneath his truck, but the people, who saw what happened, called his attention to it. The incident happened at the Powerline bus stop around Iyana-Ejigbo, and when the officer was brought out from underneath the vehicle, his head had been shattered, his hands and legs were all over the place. He died on the spot.”

Chika’s brother, Christian, told our correspondent that he had visited the Ejiigbo Police Station to claim his corpse, adding that the deceased was planning to get married in November.

“We have recovered his corpse from the Isolo General Hospital’s mortuary and obtained a police report. As we speak, I am on my way to Enugu State to bury the corpse. Chika had a girlfriend and their marriage was supposed to hold in the next two months. Both the truck driver and the commercial bus driver fled from the scene of the incident and we want the police to assist us to arrest them,” Christian said.

The state Police Public Relations Officer, Olumuyiwa Adejobi, who confirmed the incident, said the state Commissioner of Police, Hakeem Odumosu, had ordered that a manhunt for the fleeing commercial bus driver and that the truck driver was in custody, adding that the LSNC personnel died at the scene of the crash.

“I confirm the hit-and-run fatal accident at the Powerline bus stop in Ejigbo. The driver, who is still at large, used his vehicle to hit the personnel of the LSNC, who was on patrol on his motorcycle. He died on the spot. The CP, Hakeem Odumosu, has told the DPO to adopt a certain intelligence gathering mechanism to get the bus driver,” Adejobi said.