The 25-year-old man left his residence to see his father but never got to his destination. 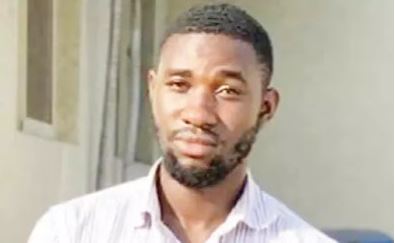 Daniel Eniayeju, a Lagos-based laboratory technician has gone missing while on the way to visit his sick father in Ibadan,Oyo State.

Punch Metro learnt that the 25-year-old Osun State indigene left his place of residence on the Ago Palace Way area of Lagos State on September 11, 2020, but never got to his destination.

His whereabouts have since been shrouded in mystery.

Daniel’s uncle, Lawal Taiye, who told Punch that he heard last from the victim around 9am on the day of the incident, said all efforts to find him had so far proved abortive.

He said, “I spoke to him on Saturday, September 11, 2020, around 9am and he told me that he was on his way to Ibadan to see his sick father. I told him to have a safe trip. The following day, his sister called me that he had not been picking his calls, I told her to not worry that maybe it was a network issue and asked her to call him later.

“We got a call from his place of work in FESTAC Town on Monday that they had not seen Daniel at work and were wondering if he was okay; that was when we suspected that something might have gone wrong. I called his dad and he told me that Daniel never got to Ibadan.

“We have reported to several police stations in Lagos. I even went to the police headquarters at Ikeja to report the case. We have continued our search and are praying to God that he will be found alive and well.”