Governor Nyesom Wike declared that the disputed Soku oil wells belong to the people of the state as affirmed by a Federal High Court. 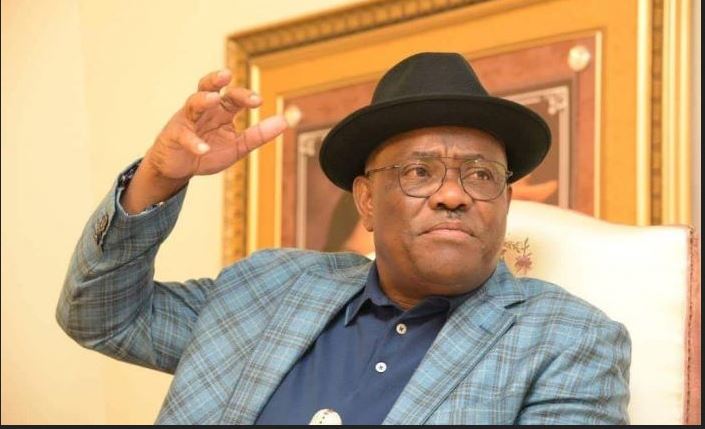 Governor Nyesom Wike of Rivers state  has advocated a new revenue sharing formula that will make the state get more money for development.

This is as the governor described as “unfortunate”, comments by his Bayelsa State counterpart, Douye Diri, on the ownership of the Soku oil well, located in the state, insisting that the oil well belongs to Rivers State.

The governor spoke when he received a delegation of the Revenue Mobilisation, Allocation and Fiscal Commission on a courtesy visit at Government House, Port Harcourt on Tuesday.

The governor, according to a statement by his Commissioner for Information and Communications, Paulinus Nsirim, said, “It is unfortunate that the Bayelsa State Governor told you when you visited him that you should not pay us revenue from Soku Oil Well.

“The matter was at the Supreme Court when the National Boundary Commission admitted that they made an error in their 11th edition publication by situating Soku Oil Well in Bayelsa State.

“They were, therefore, directed to correct the error in their 12th edition publication. When they also failed to effect the correction, we had to go back to the Federal High Court. The court, in its wisdom, directed that all revenue accruing from Soku Oil Well should be paid to Rivers State.

“That is the position. For Bayelsa State Governor to come up to say that you should not pay our money is unfortunate.

“If they have filed a matter at the Supreme Court, it is not an injunction to stop the implementation of the subsisting judgment.”