A man has been left languishing in pain after losing the expensive car he used to place bet. 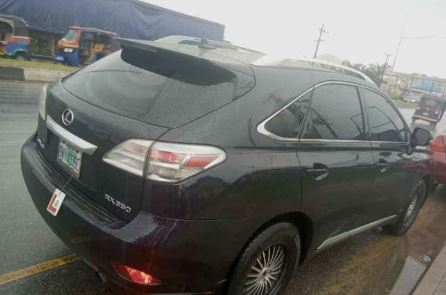 The man lost the car after using it to bet
According to a Twitter user, @Poshfelly, a Nigerian man has lost his expensive car after using it to gamble in Anambra state.
The man who is said to be a chronic gambler, reportedly used his Lexus Jeep to place a bet in Nnewi, Anambra state, Nigeria but he lost and had to let go of the car.
Twitter user @Poshfelly shared the story on social media, revealing how Izunna, the owner of the bet shop ended up taking ownership of the jeep after the owner lost the bet.
Though he did not reveal the nature of the bet, @Poshfelly who said it was not a joke, added that Izunna had already pimped the car to his taste and has begun driving it.
Sharing a photo of the car before the ownership changed hands, @Poshfelly wrote;
“You all know the price of this car, some guy used this car to place a bet in this town and lost. That’s how Izunna the owner of one small bet shop now owns a Lexus.” 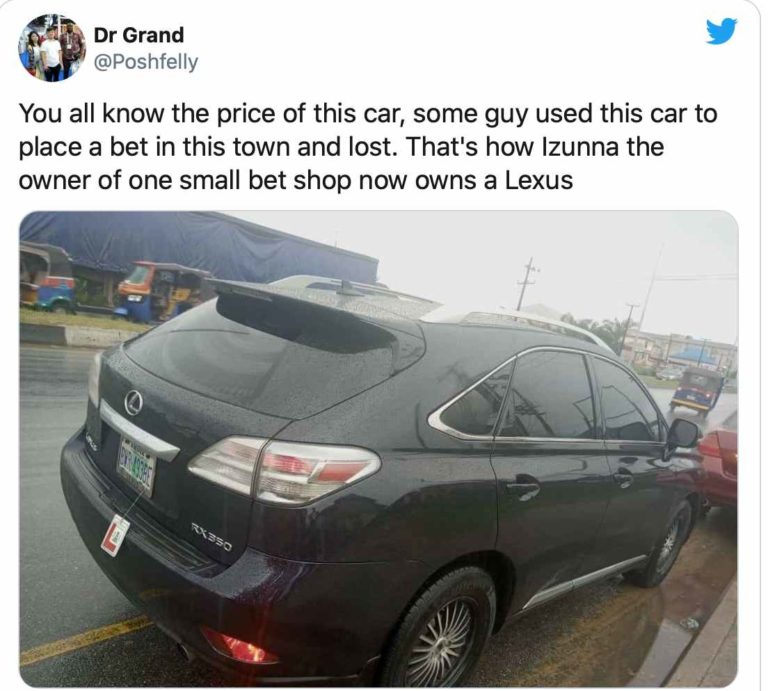