"Nothing To Celebrate Nigeria For At 60, Except Laycon's Win" - Comedian Ushbebe


According to the comedian, nothing is worth celebrating in the country asides Laycon winning the BBNaija show. 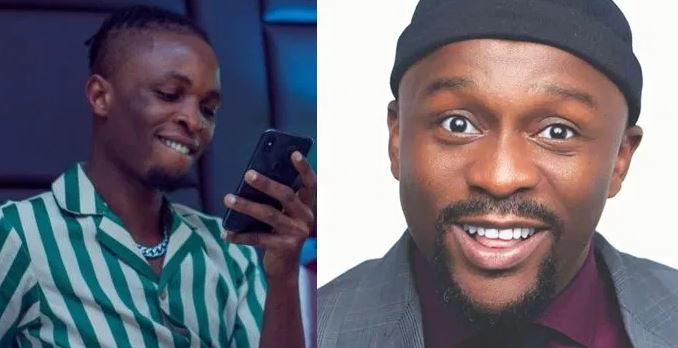 Popular Nigerian comedian, Justice Nuagbe aka Ushbebe hit the nail straight on the head during an interview with Ebuka on Channels Tv, where he said there's nothing to be celebrated about Nigeria at 60.

The 38-year-old radio personality was speaking on Nigeria’s 60 years anniversary during a recent interview with Ebuka-Obi Uchendu on Channels Television.

“Aside Laycon, this year what else. Because the truth is, they’ve made us look less to activities that happen in our economy and we look forward to other form of relaxation,” he said.

“If Nigeria is 60 and we have not achieved anything then where is the future. There is nothing to celebrate about Nigeria celebrating 60.”

Ushbebe also spoke about the issue of alleged extrajudicial killings and harassment of youths by the Special Anti-Robbery Squad (SARS).

He said operatives of the police unit are always fond of going after internet fraudsters popularly known as “yahoo boys” instead of carrying out the duty they were assigned for.

“I don’t know when we are going to end talking about the End SARS because obviously we just speak and the government just like to hear us talk about End SARS and they don’t want to do anything. They make it feel like its the same clamour for #blacklivesmatter,” he said.

“I won’t say they should shut it down because obviously SARS are actually doing a lot of work when it comes to apprehending the terrible criminals and all of that, but I think they should make good by getting the bad eggs out if they can and shut it down since it is just looking for yahoo boys that is the business. They are not really doing the job that we want them to do.”

He also called on Nigerians to stop pressurising celebrities to lead the #EndSARS protest while the country’s politicians are left alone.

“I just feel the people we have are not capable, its not about ending SARS. We should also end our politicians as far as I’m concerned because if they are doing their job, nobody will be calling on celebrities,” he added.

“Let everything be fair for us. We need the basic amenities because we are not supposed to be begging for it. Nigeria is a fine place and people are trying but at least the economy needs to favour other businesses, small scale business to be very fair.”