Odumosu, who was accompanied by senior officers, directed the Deputy Commissioner to deploy additional detectives from her office to go after the fleeing suspects. 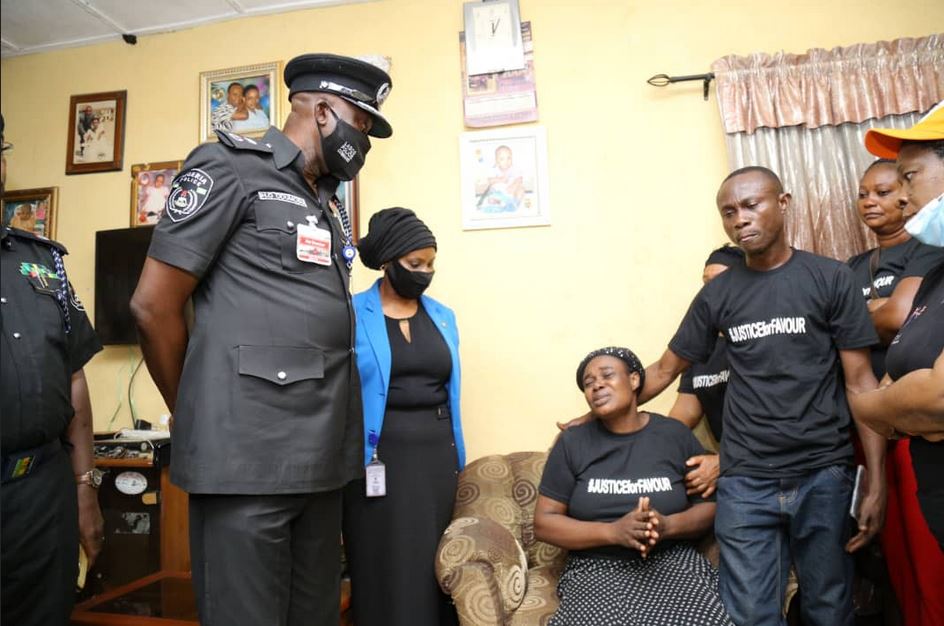 The Commissioner of Police, Lagos State Command, CP Hakeem Odumosu, today paid a condolence visit on parents of 11-year-old Favour Ikechukwu, who was gang-raped to death in Ejigbo area of Lagos, last Wednesday, with a vow to arrest the fleeing perpetrators.

As first step to getting justice for the late Junior Secondary School 3 student , Odumosu, who was accompanied by senior officers , directed the Deputy Commissioner of Police in-charge of the State Criminal Investigation and Intelligence Department, SCIID, DCP Yetunde Longe, who was also present, to deploy additional detectives from her office to go after the fleeing suspects.

Shortly before the visit, CP Odumosu commissioned a newly constructed one story building at the Ejigbo Police Division. The complex, which served as additional offices to accommodate men and officers of the division, was built by the Chief Executive Officer, Grooming International Centre, Dr Godwin Nwabunka.

He also expressed gratitude to the Chairman of the Ejigbo Local Council  Development Area, Hon. Monsuru Oloyede-Bello, for donating two sienna buses to assist the division in its patrol of the area, describing the gesture as outstanding , commendable and worthy of emulation by other public office holders.