A friend of a Nollywood actress has been exposed after lying in order to extort her boyfriend. 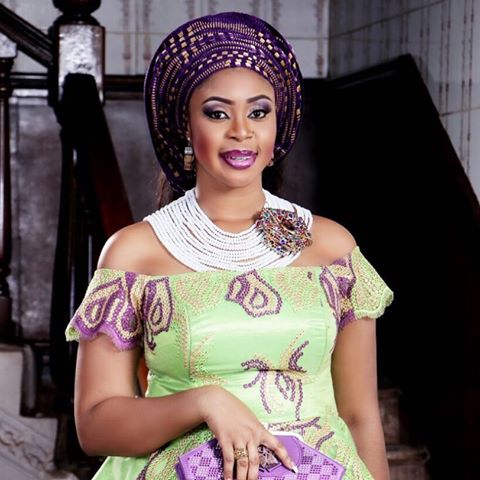 Mimi Orjiekwe
Nigerian actress, Mimi Orjiekwe has exposed her friend who lied in order to extort money from her boyfriend.
The actress and mother of one took to her Instagram story to post a warning as well as recount her experience with a former bestie.
Mimi Orjiekwe disclosed that her then friend was feeding her then boyfriend false information about her in order to extort money from him.
She remembered a particular incident where the friend slept over at her place and around 5:30 am, her phone rang. She kept saying ‘Yes sir’ until she got to the bathroom.
Mimi said that she knew the voice sounded familiar but her friend insisted it was her boss who needed her at the office early, reason for the call. She believed her then but later found it out to be false.
Mimi Orjiekwe therefore sounded a note of warning advising folks to be wary of “hungry attachment besties…they are evil”. 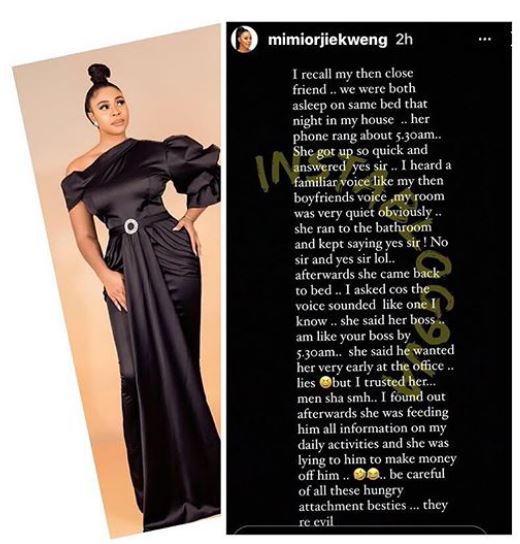