A nurse who threatened to commit suicide in Ondo state has finally been found in a bad state. 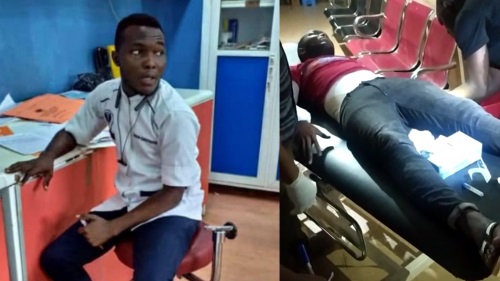 Taiwo Adeleke
Friends have finally found a nurse, Taiwo Adeleke who went missing after threatening to take his own life.
Recall that the nurse works with the University of Medical Sciences in Ondo State.
He was declared missing on Sunday evening after threatening to commit suicide.
It was learnt that Adeleke, who works at the Emergency and Accident Unit of the government-owned hospital, was tracked down and rescued in the early hours of Monday.
One of his friends told SaharaReporters that, "We have found him (Adeleke) and he has been rushed to the hospital for treatment."
The nurse had on Sunday notified his friends and loved ones in a WhatsApp message that he was depressed, causing anxiety among family members and associates.
Top Stories