The young man got more than what he bargained for after he was beaten to a pulp by protesters. 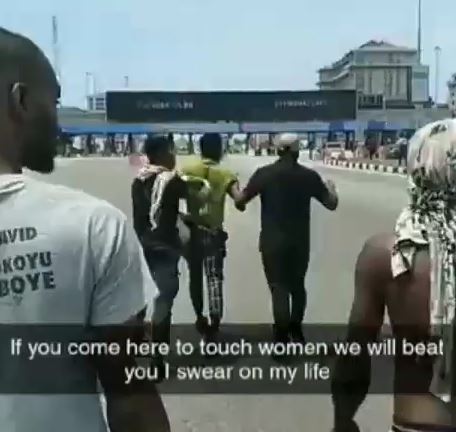 Following the on-going #EndSARS protest in the Lekki area of Lagos State, a man who was accused of wrongfully touching a woman has been dealt with mercilessly and sent away by angry protesters.

Youths in the country are calling for a total stop to the operations of SARS.

Despite the Nigeria's  Inspector General of Police, Adamu Mohammed, disbanding the operations of the Special Anti Robbery Squad (SARS), Nigerians are asking for an exective order because the operations of SARS operatives have been stopped countless times but without any effect.