In a post shared on his Twitter handle, the governor said he is making the appeal as a father. 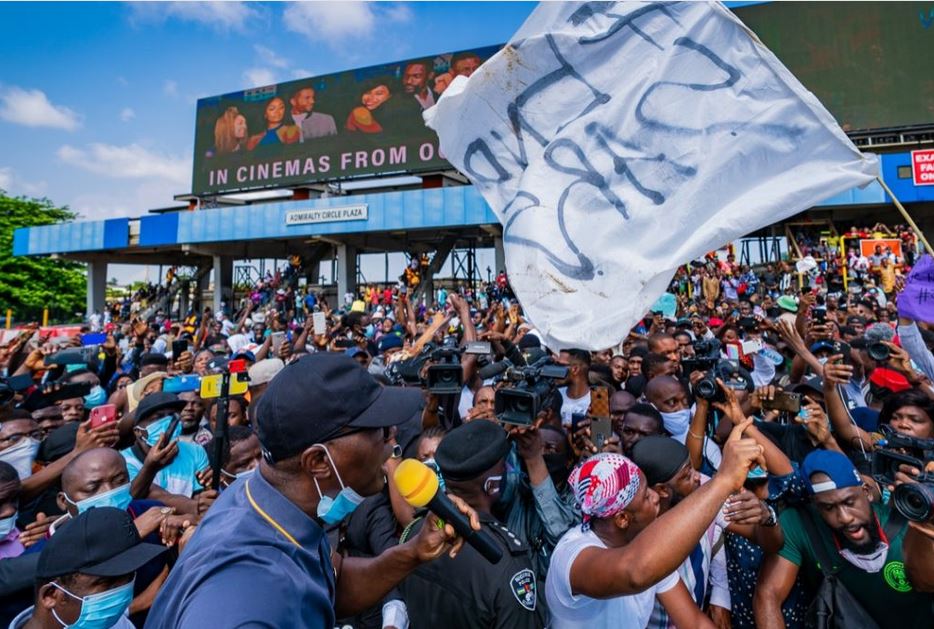 Babajide Sanwo-Olu, the governor of Lagos states has pleaded with residents to take a break from the #EndSARS protests.

The protest which has gone peaceful since they started last week, turned violent in Surulere today October 12. A driver and a police inspector were killed in the clash between the protesters and the police.

In a post shared on his Twitter handle, the governor said he is making the appeal as a father. He Wrote;

''I want to appeal to the protesters to take a break from protesting tomorrow. Tempers are at a highest on all sides at this time and while we work to prevent escalation, the safety of our residents is paramount. I speak not just as a governor, but as a father, brother and son.'' the governor tweeted

The governor added that he will be meeting with President Buhari in Abuja tomorrow October 13 over the EndSARS agitation.

The governor also mentioned that he will be meeting with the state Commissioner of Police, Hakeem Odumosu, for the release of the protesters that were arrested.

''I am meeting with the Lagos CP. Protesters will be released and broader issues will be addressed in my meeting with the President tomorrow. Let us take a break from protests tomorrow and give us a chance to take tangible next steps.

The protesters will be released tonight. Their rights will not be violated. That, I assure you.''