Graphic Photos Of Man Who Committed Suicided Over Hardship In Benue


A man has ended his own life in a most tragic manner by committing suicide inside a classroom. 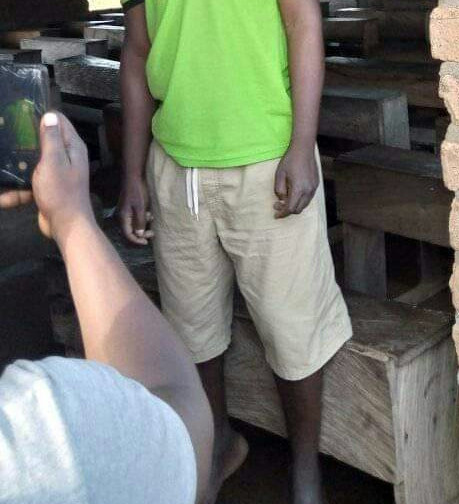 The man committed suicide inside a classroom
A Nigerian man has reportedly taken his own life due to extreme hardship in Benue state.
It was gathered that the body of the young man was seen dangling from a rope on Monday morning, October 12, in Mbawar, Nyiev council Ward in Daudu, Guma Local Government Area of the state.
The body of the deceased was discovered in the examination hall of Victory International College Daudu in the early hours of Monday, by a group of women who went to fetch water around the premises.
The body has been deposited at Daudu Mortuary by men of the State Police Command.
Many believe the man took his own life due to the hardship brought about by the pandemic. 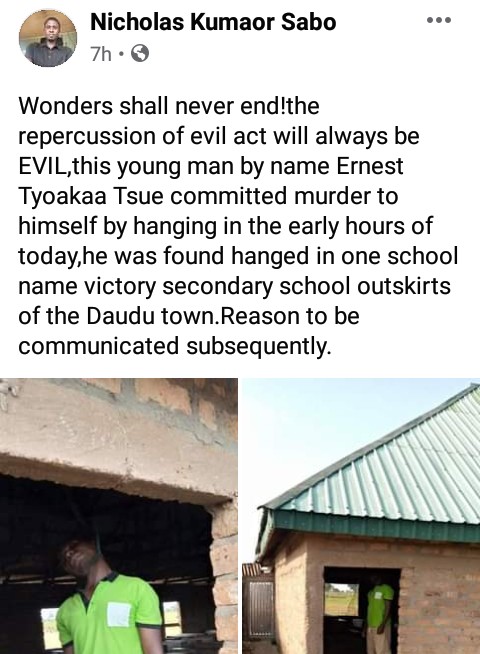