The suspects were arrested after they robbed two different men at the Lagos/Ibadan expressway. 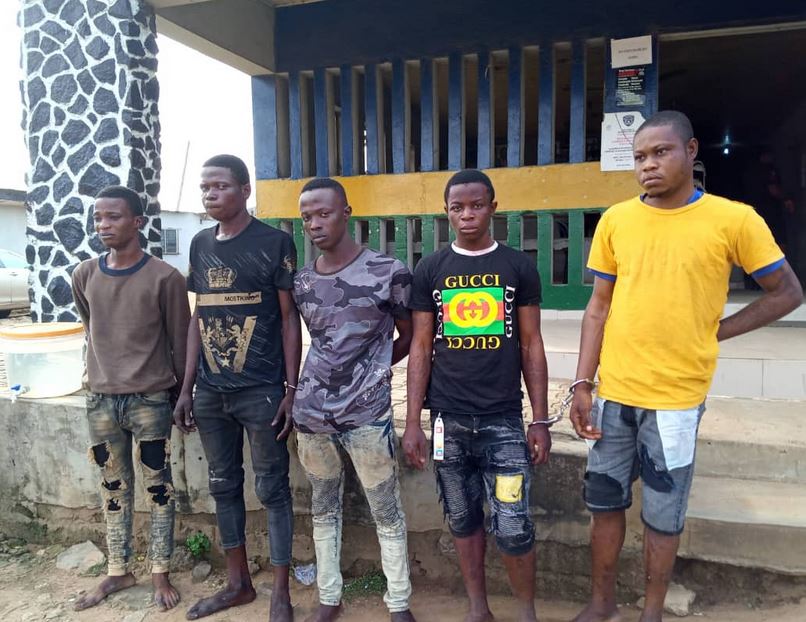 A total of five suspected traffic robbers have been apprehended by Operatives attached to Ketu Division of Lagos State Police Command.

Spokesperson of the command, SP Olumuyiwa Adejobi, who confirmed the arrest in a statement on Tuesday, October 13, said machineries have been set in motion to go after traffic robbers who harass and rob innocent Lagosians in the traffic within the state.

Meanwhile, the Commisioner of Police CP Hakeem Odumosu, has charged the officers and men of the command to brace up immediately and provide adequate security for all and sundry despite the ongoing protests across the state.

Odumosu stated this on Tuesday while addressing some officers at the command Headquarters in GRA, Ikeja, in preparation for police operational activities during the ember months.

While assuring Lagosians of adequate security during the ember months, the Commissioner also charged other Divisional Police Officers in the command to implement all the designed anti crime strategies by the command to curb traffic robbery and other crimes and criminality in their areas, even after the ember months.