A Nigerian man has taken to Twitter to look for a woman that will marry him without giving birth. 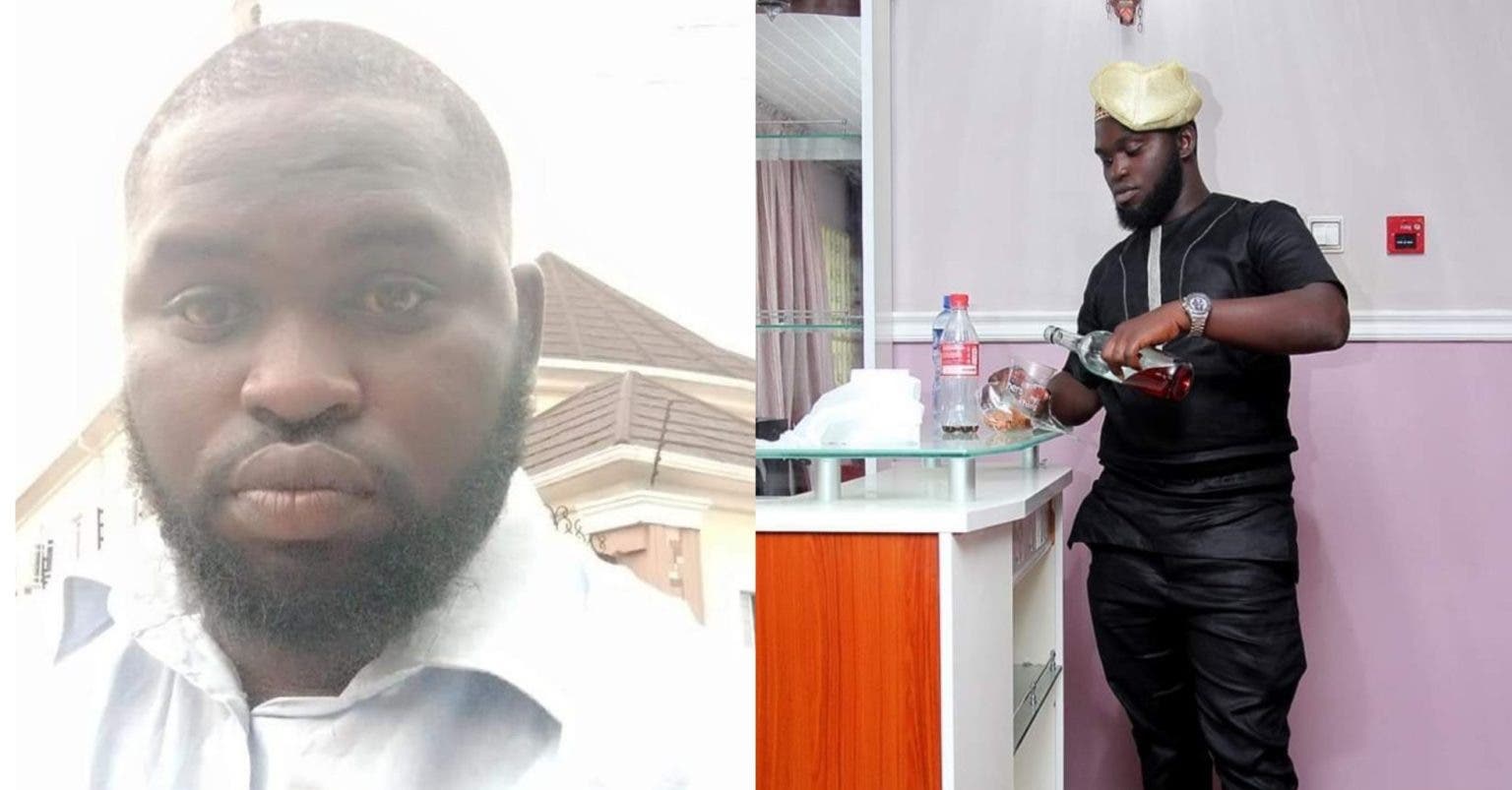 Oluwaseun
A man from Nigeria is currently searching on Twitter for the woman who will marry him without giving birth to children.
The man identified as Abayomi Oluwaseun said that the woman must agree to his policy of no kids before they can get married.
The man who seems like he’s in his late 30s, said he doesn’t want a lady who will marry him and start giving birth to a child.
According to him, he doesn’t want kids, and he needs a woman who will abide by his policy.
His announcement has sparked reactions from Nigerians, with majority of them blasting him, and calling him an infertile man. 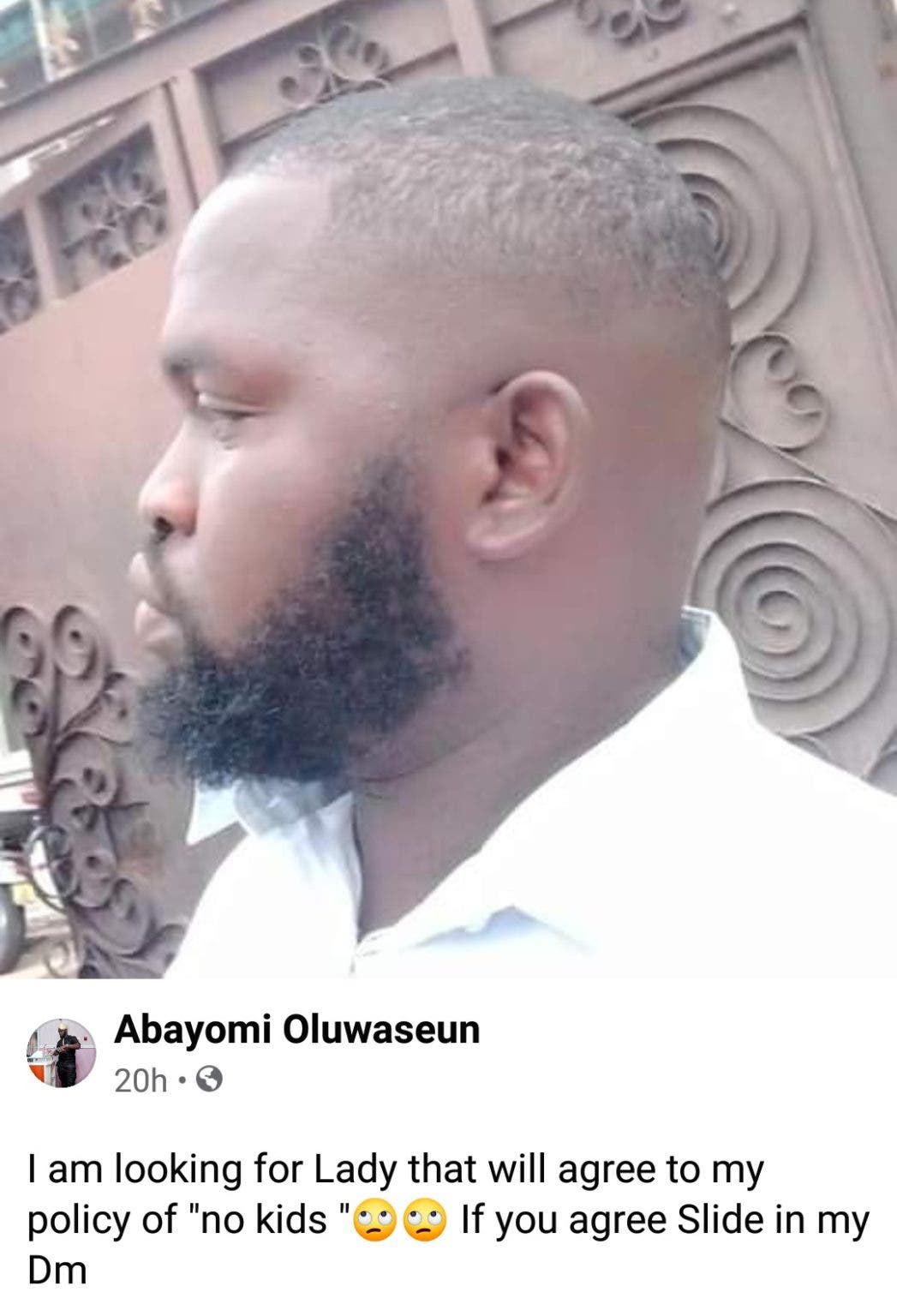