The effort of the federal government for the Academic Staff Union of Universities has stalled. 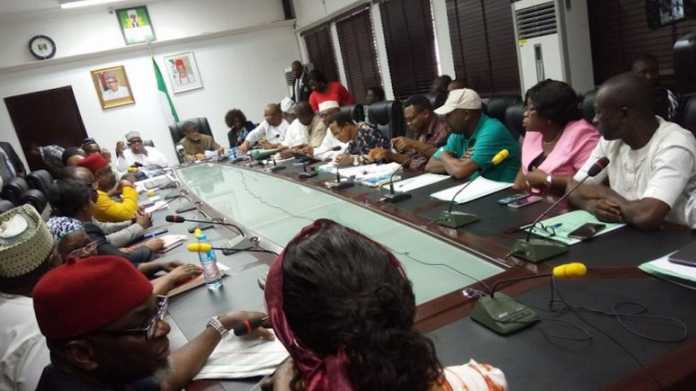 ASUU and FG
The federal government and the Academic Staff Union of Universities (ASUU) have failed to reach an agreement on Thursday as efforts to end the industrial action stalled.
Although some agreements were reached at the meeting, the meeting is set to reconvene on Wednesday, October 21, 2020, by 3.00 pm after the Federal Executive Council (FEC) meeting for ASUU to report back on the decision of its NEC.
In a bid to end the strike, the federal government agreed to release N30billion for payment of arrears of earned academic allowance to the university lecturers.
The communiqué issued at the end of the meeting revealed that the release of N20 billion funds for revitalisation of public universities will be payable by the end of January 2021.
On the issue of Earned Academic Allowances(EAA), which had accumulated to N40 billion since November 2019, the Accountant General of the Federation (AGF) made a commitment to release N30 billion on or before November 6, 2020.
He said the remaining N10 billion would be spread equally over the two tranches to be paid in May 2021 and February 2022, respectively.
The communiqué also revealed that ASUU agreed to take the offer to its members for consideration and revert by Wednesday, October 21, 2020.
The issue of the implementation of the Integrated Payroll and Personnel Information System (IPPIS) almost stalled the meeting as the federal government asked that IPPIS be allowed to operate in the interim until the test run on UTAS is concluded.
But ASUU insisted on payment of outstanding salaries on the old GIFMIS platform before full implementation of UTAS.
Top Stories