As Nigerians continue to protest over police brutality, one of Buhari's media has given an update on what the government is doing to appease the people. 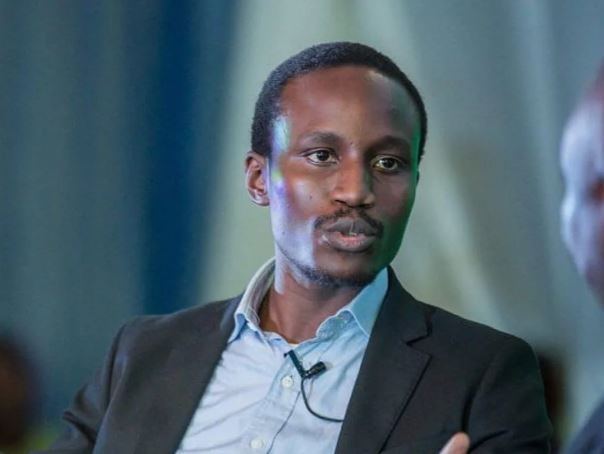 Tolu Ogunlesi
The demands of #EndSARS protesters are being met by the government according to Tolu Ogunlesi, the Special Adviser to the President on Digital Media.
The protesters, mostly youths in the country, are calling for the end to police brutality and total overhauling of the force.
Appearing on Channels TV on Sunday, Ogunlesi said, “If you look at the 5 for 5, you can see that quite tremendous progress has been made on all of these.
“Never before has police reform been this high on the agenda of any government since 1999, so it is unfair to say that the government has not or is not doing anything.”
He said, for him, the government had shown good faith in acknowledging the demands put forward by the protesters, adding that a closer look at the demands shows that a lot of work has already been done towards meeting them.
The protesting youths have in their list of major demands tagged #5For5, asked the government to release all arrested protesters; justice and compensation for families of victims; creation of an independent body to oversee the prosecution of officers (within 10 days); psychological evaluation of disbanded officers before redeployment; and the increase of police officers’ salaries.
And the presidential aide noted that some of the demands are between medium to long term.
On the proposed psychological evaluation for the defunct SARS officers and the creation of Special Weapons And Tactics (SWAT) team, Ogunlesi said that the National Executive Council, NEC, had asked states to set up judicial panels of enquiry.
“That’s a medium-term thing and we must not downplay the importance of that,” he said.
“As for an independent body to oversee the prosecution of officers; that’s also where the judicial panel of inquiry comes in because they are going to make recommendations and then one point that is important to make is that State Attorneys General have the power to prosecute offending police officers”.
Speaking on the proposed psychological evaluation of officers, the President’s aide noted that details of the processes will be made available to Nigerians in the coming days.
He, however, stressed that the police have assured that “none of the disbanded officers will make it into whatever will succeed SARS”.
On the welfare of police officers, ogunlesi said “it is clearly a long term goal among the 5 for 5 demands but even at that, President Buhari last year signed the Police Trust Fund Bill which will ensure that the welfare or compensation of police officers is handled”.
Top Stories