Kofi Bartels opens up on how he was almost beaten to death by operatives of the Special Anti-Robbery Squad. 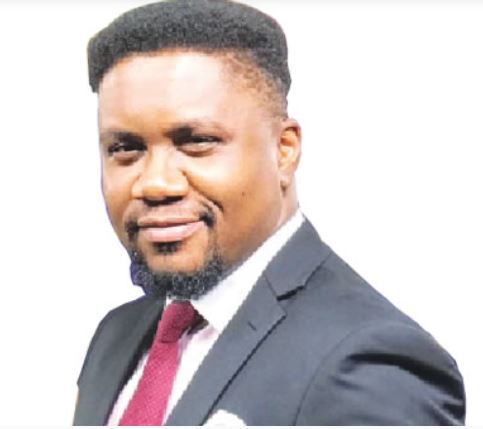 In this interview with The PUNCH, Kofi Bartels, a Nigerian broadcaster based in Port Harcourt-based reveals how he was almost beaten to death by operatives of the Special Anti-Robbery Squad and his efforts to get justice

You were once attacked by operatives of the now disbanded Special Anti-Robbery Squad. Can you recall what happened?

On June 4, 2019, I was driving in my area and heard someone screaming in pain. The scream was so loud; I decided to park my car after noticing that the scream was coming from beside a bus parked on a street in my area. On getting out of my car, I noticed about four policemen and two civilians beating up a boy who lives in the area. I later found out that they were all from SARS. They hit the boy’s ankles, knees and elbows with what they had in their hands, including a 2×2 baton, guns and machetes. It was clear the boy was in excruciating pain as he squealed each time he was hit.

When I saw what was happening, I just couldn’t bring myself to walk away. The teenage boy kept shouting: ‘What have I done?’ while they tried to force him into their bus. They were beating the hell out of him. His mum is a petty trader in the area and I knew immediately that the family wouldn’t be able to ‘settle’ the officers. I made to go plead with them, but at a point hesitated and chose to take a shot of the bus and the number plate so that I could track them if they succeeded in taking the boy away.

While at a safe distance, I took some pictures and began to film with my phone. After a few seconds, one of the policemen noticed what I was doing and began to approach me. I quickly stopped the recording and made to explain who I was to the policeman. But he seemed not interested in what I was saying and went for my knees with the heavy 2×2 baton he was holding. After relentlessly smashing my knees with the piece of wood, the other cops joined him. I was given the beating of my life right on the road. They smashed my knees repeatedly with wooden bars. Before I knew what was going on, I was dragged into the bus and handcuffed to someone already seated in the bus, a young man they had picked up earlier.

Where did the operatives take you to after the torture?

I was taken to the SARS headquarters in Port Harcourt by which time my left knee had swelled up. The swelling was so bad that I couldn’t walk out of the bus. I had to crawl out from the bus with my buttocks. I was dragged to a detention room and beaten more mercilessly by the SARS officers, who took me there. About three others also joined in beating me. They took turns to slap, punch and kick me all over my body in a detention room, while I was struggling to stand with the swollen knee.

At least, six officers, one at a time, participated in beating me for what seemed like a couple of hours. At a point, I lost hearing in one ear due to the punches and slaps. One officer swore that he would have ‘wasted’ me if his team were the one that picked me up. I was told to get ready to be thrown into their cell, where I would receive the worst torture, including sexual abuse by male inmates. I later found out this was one of their torture methods, sexual abuse on male inmates by other male inmates. A couple of them told me to watch my back, saying that was my end in Rivers State due to the human rights issues we treat on radio involving SARS and the police generally.

What was the reaction of your organisation after the incident?

My then employers, Nigeria Info FM, ran the story of my abduction by SARS operatives for some hours that day but later pulled the story down due to pressure from the police. The same police paid an apology visit to Nigeria Info and promised to bring the officers to justice, which hasn’t happened till date going by the information available to me. I pretty much was left to seek justice by myself. I handled my medical expenses by myself and pursued the case with the police Provost Marshal on my own.

Your encounter with SARS happened last year; what efforts have you made to get justice?

I filed a fundamental human rights case against the Federal Government and the Nigeria Police Force at the High Court in Port Harcourt in 2019. The case is still on but has progressed very slowly due to the COVID-19 pandemic, which meant that the courts were shut. Right now, we are waiting for a new date for the hearing to resume in the matter. Those joined in the suit didn’t show up at the first hearing and the judge asked us to serve them again. This also contributed to stalling the case.

Were you able to identify any of the SARS operatives who attacked you then?

Those, who were part of the initial team that abducted me, were identified and made to undergo an orderly room trial at the Rivers State Police Command. I attended the trial and gave my testimony before the Provost Marshall, but I don’t know what disciplinary action, if any, was taken against the SARS operatives. It was hard to find those, who joined in beating me at the SARS headquarters, but I gave the police their description. The information I have is that some of them were found.

You were rushed to hospital after the attack; what went through your mind after the encounter?

I was concerned about whether I would walk normally again, because the pain was so much that at a point, I felt like my left knee would snap off from my leg. I had to use a neck brace for about two months because of the pain in my neck. What scared me the most were the nightly flashbacks I was having. It was nightmarish. I had to consult a psychiatrist, who prescribed some medication, which helped me greatly. It’s something I don’t ever want to experience again. For a while, I also experienced something like panic each time I saw a policeman on the road. Till this day, my left knee hurts, even though I walk normally and do other physical activities. I still feel pain in the knee.

Do you believe the court will give you justice after over a year that the incident happened?

The wheel of justice, they say, grinds slowly. The evidence available to the court is very clear and I am confident that justice will be served. This is a test case for human rights in Nigeria, especially with the agitation going on in the country at the moment. Nigerians will see that they can trust the judiciary to protect their rights, and that indeed the institution is still the hope of the common man.

How do you feel with the scrapping of SARS?

The scrapping of SARS alone will not make things better. Where will the SARS officers be redeployed to? Will they all of sudden change their ways? Mind you, there are other police units that have been accused of acts of brutality. A case in point is the death of a Port Harcourt-based mechanic, Chima Ikwunado, in the detention of a unit known as Eagle Crack. His autopsy report indicated that he was basically butchered to death by the police. All these issues that arise from the systemic corruption in the Nigeria Police need to be addressed. What is required is a total overhaul of the Nigeria Police Force.

We live in a country where policemen have to contribute money to fuel their patrol vans. That is totally absurd. Where is all the money being budgeted for security going? No policeman should have to buy even a pen. Until that happens, the endemic corruption in the police won’t go away.

As a journalist, you should expect such an attack as one of the hazards of the journalism profession. Was your experience with SARS way out of your expectation?

I agree with you that journalists frequently face police harassment. It is part of the job, but if those policemen, who picked me up were in their right senses, they would have treated me differently. I know that the average policeman will not want anything to do with torturing a journalist just like that. Because they were intoxicated, my pleas to them that I was a journalist fell on deaf ears. Journalists ought to receive protection by the law.

How much will compensate for your nasty experience in the hands of the SARS operatives?

In truth, no amount of money can compensate for all I experienced and still experiencing today as a result of that incident. I was worried for my aged father, who was resting at home while gunshots were being fired on my street. He heard about the incident though we tried hard to hide it from him. He was being treated for stroke at the time. Imagine him seeing his son in the morning looking normal and then in the evening limping with a swollen knee and swollen face. I was worried for him, but God kept him stable for us. However, I am seeking N650m in compensation. I believe that when the authorities are made to pay for crimes against humanity by security agencies, they will think twice before harassing anyone. Officers of the law are meant to protect and not attack us.

Will you at any point consider settling out of court if the police come begging?

Anything is possible. I will consult with my lawyers if such an offer is made. Till then, we will continue to maintain the belief that our courts can deliver justice to the common man and we will proceed with the court case.