He said it is sad that the President who has the responsibility of providing leadership in times of crisis has exhibited a lack of capacity. 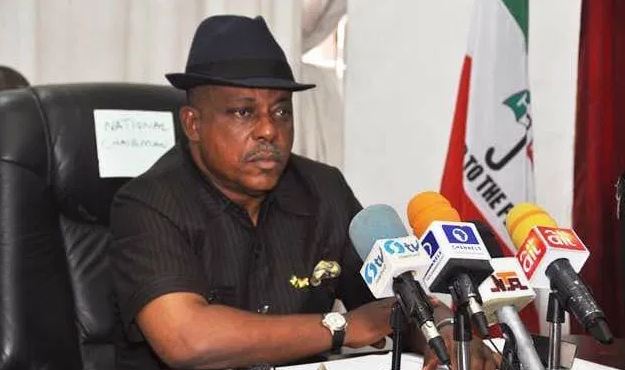 The PDP chairman, on Thursday, said the continued silence of Buhari in the face of the killings of innocent citizens and the ensuing violence was no longer golden, according to The PUNCH.

Secondus said this during a media briefing at the National Headquarters of the PDP on Thursday.

He said it is sad that the President who has the responsibility of providing leadership in times of crisis has exhibited a lack of capacity.

The PDP National Chairman said “the President has so far kept mum” amidst this crisis.

According to Secondus, Nigerians, more than ever before, wants to hear the President speak to them.

He said, “Mr President please speak to Nigerians, speak to your children.”

There have been reports of widespread violence and arson in major cities like Lagos, Abuja, Ibadan, Benin, Akure, Osogbo, Jos, amongst others in the past few days.

Some hoodlums had hijacked the #EndSARS protests against police brutality and extrajudicial killings earlier in the week causing pandemonium in several parts of the country.

The National Assembly leadership had also urged the President to address the nation amidst the growing unrest.