The veteran movie star was reportedly attacked by hoodlums on Thursday October 22 and was also robbed. 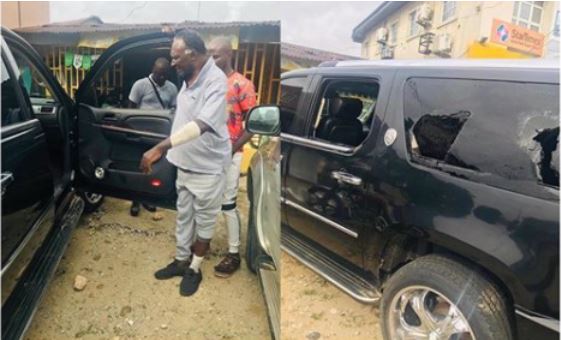 One of Nollywood's most recognizable faces, Clem Ohameze has been reportedly attacked by hoodlums.

The veteran movie star was reportedly attacked by hoodlums on Thursday October 22.

A Twitter user who shared photos of the injured actor, revealed that he was also robbed of his phone and money in the attack which occurred in Uyo, Akwa Ibom state's capital.

@simply_kemkem tweeted; Veteran Nollywood actor Clem Ohameze was attacked in Uyo on Thursday by hoodlums. They injured him, took his money and phones. Quick recovery sir 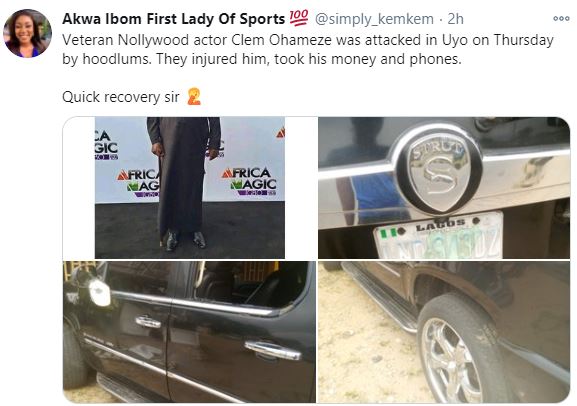 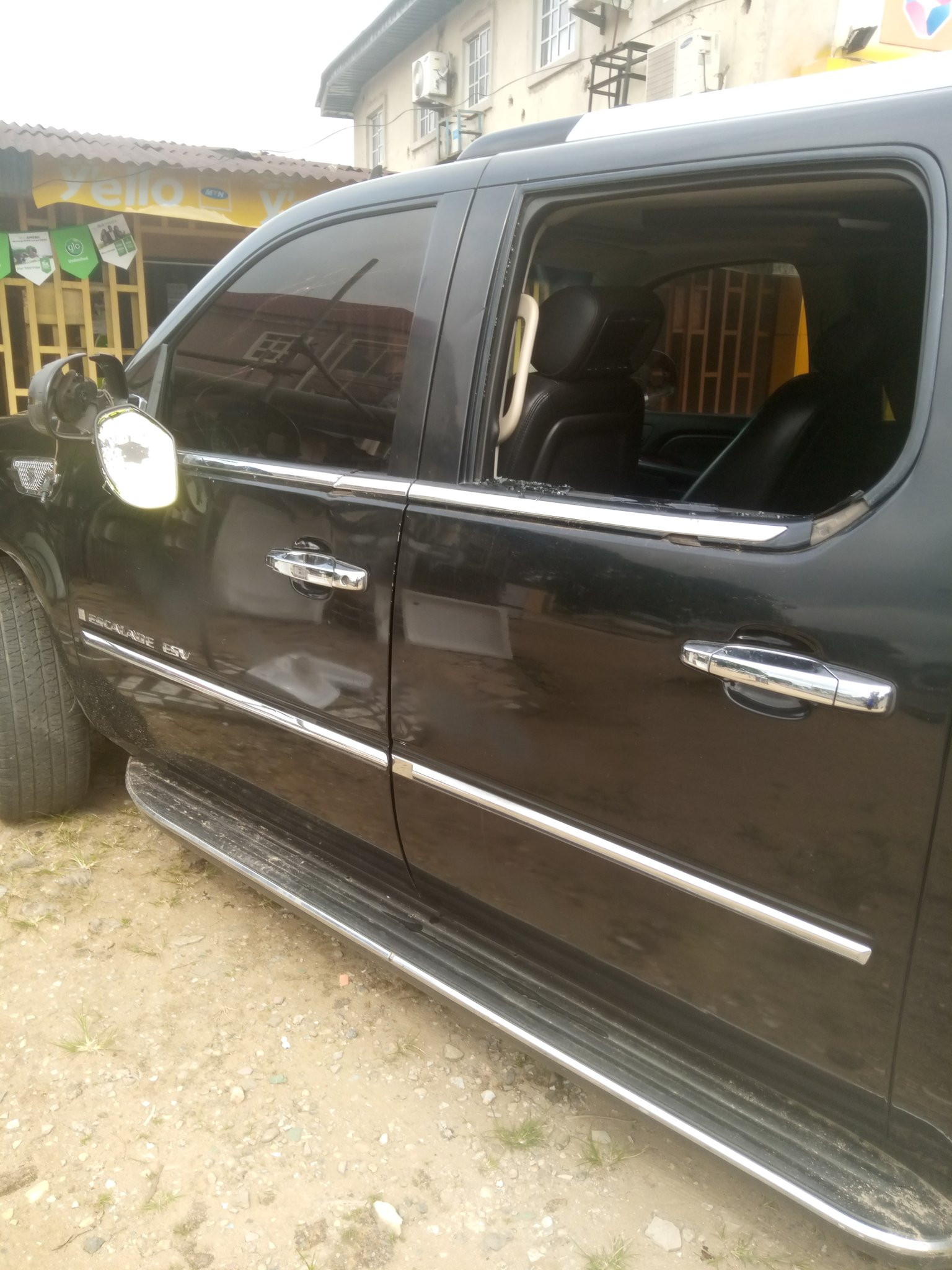 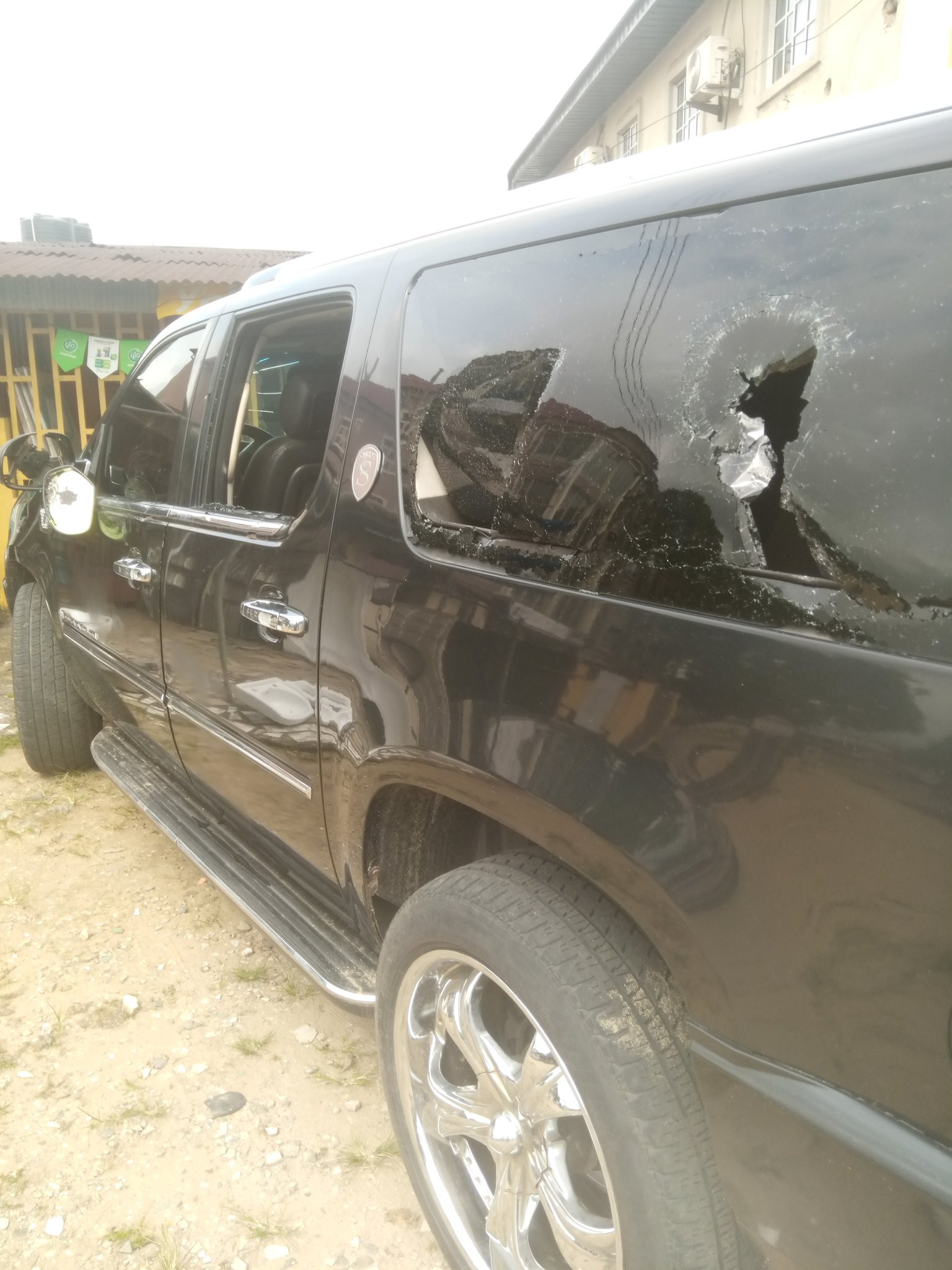