In a statement yesterday, the president of Ohanaeze Ndigbo Youths worldwide, Ambassador Arthur Obiora argued that the greatness of Nigeria could only be realised when all sections of the country worked together as one people. 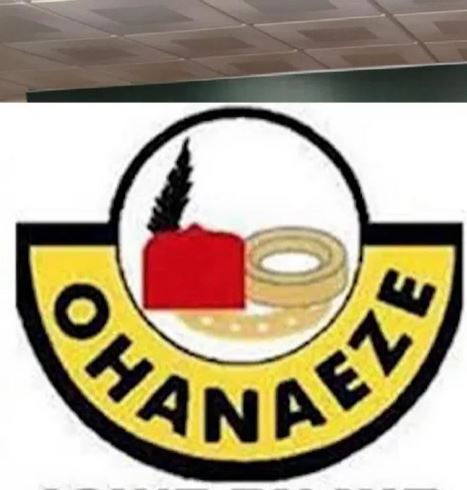 According to Vanguard, the youth wing of the apex Igbo sociocultural organization, Ohanaeze Ndigbo has reacted to the recent happenings around Nigeria.

The group said that it believed in the indivisibility of Nigeria, insisting that it would not be part of any agenda that would bring disunity in the country.

In a statement yesterday, the president of Ohanaeze Ndigbo Youths worldwide, Ambassador Arthur Obiora argued that the greatness of Nigeria could only be realised when all sections of the country worked together as one people.

While urging youths across the country to desist from making utterances capable of plunging Nigeria in chaos, Obiora also commended the various state governments for setting up judicial panels to investigate the ongoing #endSARS protests and called for the inclusion of youths as members of such panels.

The statement  read: “We, the young people of the Igbo – speaking area under the auspices of the Ohanaeze Ndigbo Youth Wing Worldwide, wish to use this medium to call for calm and restoration of law and order in the country .

“We state categorically that we are in total support of the #EndSARS protest and demand an end to police brutality, extortion, torture and killing of innocent citizens, especially young persons by different units of the police force, with special emphasis on SARS.

“There are numerous cases of our people who have fallen victims to police brutality and for that reason, we commend the initiators of the protests for providing an opportunity for young people to express their grievances concerning such acts.

“We also commend Mr. President and the Federal Government for accepting and granting the  demands of the young people during the protests.

“The fact that none of the 5 points was neither dropped, nor amended clearly shows that for once, young people have collectively gotten the government to listen to our sincere agitations on an issue

“We also commend the state governments that have already set up their judicial panels of inquiry as part of the demands of the #EndSARS protests and call on others to do same so that the panels can get to work and deliver on the directive of the Federal Government.

“We commiserate with our brothers and sisters of South West extraction for the great loss suffered, most especially in Lagos State.

” Similarly, we commiserate with the families of those who lost their lives and all the state governments that have suffered great economic losses due to the massive vandalism and looting that took place these past couple of days and pray that peace is restored so that rebuilding and restoration will commence immediately.

“We also commend our brothers and sisters in the Northern part of the country who resisted all forms of provocation instigated by traitors who do not mean well for our country.

“We acknowledge that as one people, with a common goal and destiny, our greatness will only be realized when we work together.

“Ohanaeze calls on every young person to desist from acts and utterances that are aimed at plunging this country into chaos as we will not allow anyone derail this country on its course to greatness.”

Ohanaeze youths regretted the burning down of the statue of the first president of Nigeria, Dr. Nnamdi Azikiwe in Onitsha, adding that the action did not show respect to the Igbo nation.

According to Ohanaeze, those who desecrated Zik’s statue would not go unpunished.