With frequent use of the social media, snippets from Ogundipe’s preaching soon became viral contents and many looked forward to attending his church in the Alakuko area of Lagos. 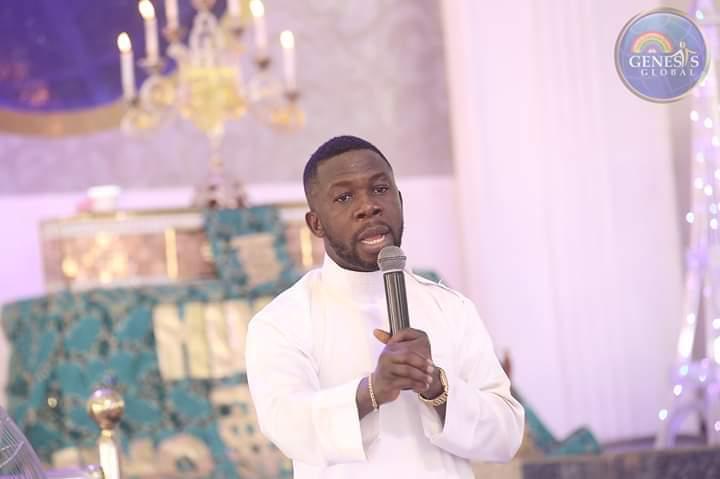 TheCable presents five controversies of the Lagos pastor who has been jailed for fraud.

Oladele Ogundipe, with his Celestial Church of Christ (CCC), Genesis Global parish, is a household name — following his distinct style which made him more visible than many in his age range who are spiritual shepherds of ‘white-garment churches’ in Nigeria.

Genesis Global, and/or Prophet Oladele, as he is fondly called, operated a “white-garment” church in a manner that appealed even to non-Christians and other religious adherents outside the CCC.

With frequent use of the social media, snippets from Ogundipe’s preaching soon became viral contents and many looked forward to attending his church in the Alakuko area of Lagos.

But things took a dramatic turn for the prophet on Wednesday when he bagged a two-year jail term for fraud. He had been on trial since 2011. Olaide Williams-Oni, a UK-based woman, accused him of defrauding her to the tune of N17 million. He was charged with seven counts of obtaining by stealing, including delivery of money by false pretence, unlawful conversion of property and forgery.

We look back at some of the controversial events that have rocked Ogundipe and his ministry.

In 2017, Gani Adams, a leader of the O’dua Peoples Congress (OPC) was crowned Aare Ona Kakanfo of Yorubaland, a prestigious title in the south-west, and Genesis Global was the venue to bring his friends to join him in “thanking God”.

The title is purely a traditional rite and the decision to hold the thanksgiving didn’t sit well with many people who saw Ogundipe’s seeming liberalism as one step taken too far. However, the thanksgiving service held and to the consternation of many people, Adams rolled all over the altar. Commenting on the video of the service uploaded on Youtube, a church member had said: “Ah! Olorun Bilewu Oshofa!”

Oshofa is the founder of the Celestial Church Christ (CCC).

While giving his testimony, Adams described Ogundipe as a “real prophet of the Most High God and a very humble person”.
He said the prophet had already prophesied to him that he would become the Aare. He also added that other prophecies from Ogundipe concerning him had manifested. To those who criticised Ogundipe for bringing Adams to the church, the prophet asked if they would have resisted should such a man chose to visit their church for the thanksgiving.

INVITED KWAM 1 TO SING IN HIS CHURCH

King Wasiu Ayinde Marshall, Fuji musician better known as KWAM 1, performs at political rallies, birthday parties, house-warming ceremonies and other social functions. But for Ogundipe, the church is open to all and he proved this when KWAM 1 was the lead guest artiste at the church’s annual harvest in 2019. It was a harvest of dancing as the musician entertained them from the pulpit for over one hour.

Ayinde’s invitation had led to a controversy with some questioning the prophet on allowing a secular musician mount the “sacred” pulpit.

But Ogundipe had said he likes Ayinde and he would not pretend about it.

“My mother never met King Wasiu Ayinde before she was praying for him, connecting us together spiritually. When I met King Wasiu Ayinde and he told me ‘Dele, I’ve been watching and hearing a lot about you, prepare for me, I will be at your harvest on the 15th’, I felt so elated,” he had said in an interview.

There was an outrage in 2019 when Ogundipe, in one of his sermons, argued that any meaningful sex shouldn’t exceed five minutes. According to him, any man who stays on top of a woman for 30 minutes is nothing “but a mad man”.
Advertisement

“Change your mind; Can I tell you one thing? Sex that is over five minutes is no more sex. Meaningful sex should not be more than five minutes,” he had said.

“Every responsible woman and man who aspires to be great in future and realises there is a long way to go to achieve it won’t take pride in engaging in a sex romp for over thirty minutes. If you do, you are a mad man! Your peers count N30 million in thirty minutes.”

Many attacked him, particularly on social media, but the preacher stood his ground.

The case with the UK-based Oni had first thrown Ogundipe into the Kirikiri prison in Lagos. As the case hearing started in 2010, Ogundipe had refused to appear before the court and this made the presiding judge issue a warrant for his arrest.

He was, however, later granted bail.

“When he was brought before the court two weeks ago, he pleaded not guilty to the charges preferred against him. But the court decided to remand him in prison pending the hearing on his bail application,” PM News had reported in 2010.

ACCUSED OF ABANDONING MEMBER WHO GOT BURNT IN HIS CHURCH

Shade Ogunseye, a member of Ogundipe’s church, was in service with other members when one of the church workers reportedly sprayed perfume onto lighted candles. Sade was immediately caught in the ensuing fire and with several burns, her face was deformed.

Although she was taken to the hospital for initial treatment, according to a petition on the incident, Ogunseye said her condition deteriorated and she was abandoned. Ogundipe was later quoted to have said the church would not foot the bill of a surgery for Ogunseye because the doctors had assured him that the wounds would heal naturally. He would subsequently threaten Ogunseye and whoever spoke about the matter.