A former vice presidential candidate has expressed dissatisfaction as Nigeria slides into another recession. 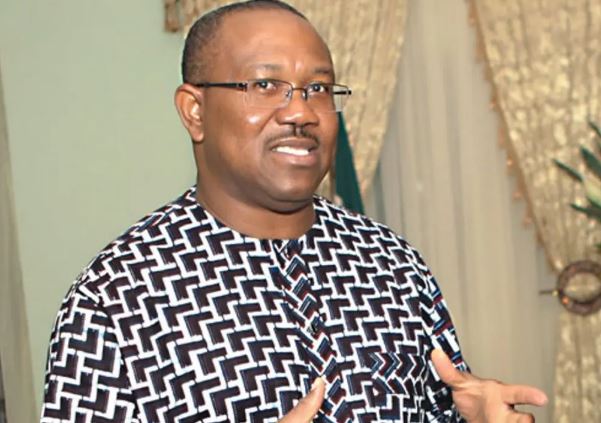 Peter Obi
A former governor of Anambra state, Peter Obi has cried out as the country slided into another recession.
He said the current recession is worst than the one Nigeria experienced in 2016.
The former vice presidential candidate of the Peoples Democratic Party, called on his fellow politicians to put issues of 2023 aside and focus on how to rescue the country from the current economic crisis.
Obi said that solving the economic problems of Nigeria was more important than political permutations geared towards the next general elections.
The former Anambra State Governor stated during an appearance on Channels Television’s Sunday Politics, insisting that the next election has no impact on people’s current livelihoods.
Obi said the monies borrowed by this government were not properly put to use, blaming the President Muhammadu Buhari administration for not adequately preparing Nigerians for the impact of COVID-19.
“Every other country is discussing the recession and how to pull their people out of poverty,” Obi said.
“So what we should do now is to concentrate on the monetary and fiscal policies to start pulling people out of poverty.
“If you see what happened with recent protests, you could see that we are heading into a problem.
“And I want our energy to be concentrated in that problem. The politicians, the class where I belong, should do more seriously, across party lines, to be able to arrest the situation before it gets out of hand.
“For me, it is in discussing how do we put food on people’s table? Elections will come and we can see how to select the best. But let’s deal with the recession we have just entered before 2023.”
“The cost of governance is not acceptable.
“There is too much waste. This recession is going to be worse than in 2016 because the monies we borrowed then were not properly invested,” Obi added.
Top Stories