A total of 6.87 kilograms of pseudoephedrine was seized from the suspects after they were nabbed. 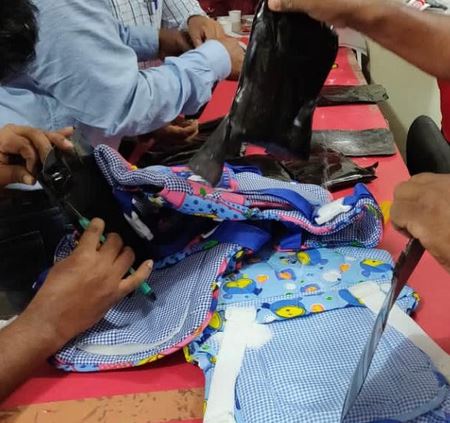 Four individuals, including two Nigerian nationals who run an international drug racket, have been apprehended by India's Narcotics Control Bureau (NCB) on Tuesday, November 24, in Bengaluru.

According to NCB sleuths, a total of 6.87 kilograms of pseudoephedrine was seized from the accused by a team led by Amit Ghawate, NCB Bangalore Zonal Director.

“Acting on intelligence inputs, the drug was seized on November 11 in two parcels from Amritahalli. The seized pseudoephedrine, worth Rs 20 lakh, was concealed in baby bags. Preliminary investigation revealed the parcels were destined to two different consignees at South Africa,” an NCB officer said.

The drug, Pseudoephedrine, was concealed in baby bags. Preliminary investigation found that tthe parcels were destined to two different consignees in South Africa.

“The follow-up action led to the main kingpins, two Nigerian nationals B Onovo and C Okwor, also residing in the city, being apprehended. All four are arrested,” the NCB confirmed.

The officials stated that substances like Ephedrine and Pseudoephedrine are chemicals, which have genuine use in the manufacturing industry for making detergents, perfumers, dyes and others, however, once diverted, they can also be used for the manufacture of Amphetamine Type Stimulants (ATS).

"Of late, it has been found that these controlled substances are also being illegally exported to African destinations, especially South Africa, where the possibility of clandestine production of ATS cannot be ruled out,” NCB mentioned in a statement.