An autopsy showed that Jamarion died of blunt force trauma to the abdomen, resulting in a lacerated liver and a broken rib. 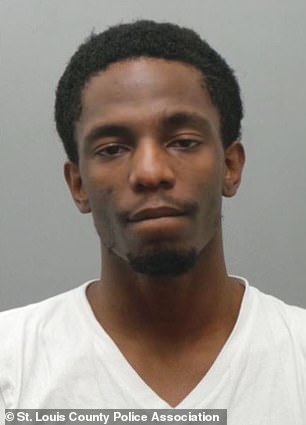 Yoshuah Dallas, 24 has been charged with abuse

Jamarion Delancy, a young boy has been beaten to death by his own mother's boyfriend, Yoshuah Dallas, reports have shown.

According to Daily Mail UK, the alleged culprit, a Missouri man has been charged with beating to death his girlfriend's five-year-old boy, who was blind and developmentally disabled, while the child's mother was away giving birth.

St. Louis County investigators were so devastated by the death of Jamarion Delancy that their union launched an online fundraiser seeking donations for his funeral and other family expenses.

Police say the deadly attack happened last week. The mother's boyfriend, 24-year-old Yoshuah Dallas, was charged with abuse or neglect of a child resulting in death.

An autopsy showed that Jamarion died of blunt force trauma to the abdomen, resulting in a lacerated liver and a broken rib.

According to the description of the GoFundMe campaign that was started by the St Louis County Police Association over the weekend, Jamarion’s mother, Auniaye, was hospitalized last Tuesday after she went into labor with her third child.

Jamarion and his seven-year-old sister, Micaiah, were left in the care of Dallas in the 1700 block of Chiquita Terrace in north St. Louis County. 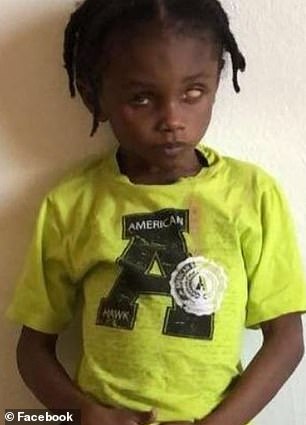 'An investigation revealed Jamarion sustained devastating blunt force trauma, to include a lacerated liver and intestine, a broken rib and bruising to his face and inside his mouth,' the fundraiser stated. 'These injuries caused significant internal bleeding and were the cause of Jamarion’s death.'

Matt Crecelius, of the Fraternal Order of Police, told Fox 2 Now that Jamarion's older sister was at home at the time of the attack and suffered emotional trauma.

According to the police union, Jamarion was blind and had limited mobility, requiring the use of braces on his legs.

'Jamarion had no way to defend himself against the suspect’s attack,' the statement read.

Dallas has allegedly admitted to being Jamarion’s caretaker in the hours leading up to his hospitalization.

The police association's fundraiser so far has drawn nearly $35,000 in donations.

'Jamarion’s death has left an impact on the members of the St. Louis County Police Department and we feel compelled to do more, especially at a time of year when families typically gather and celebrate the holidays,' the organizers of the campaign wrote.