A white man who racially abused a black man by calling him monkey has been beaten mercilessly. 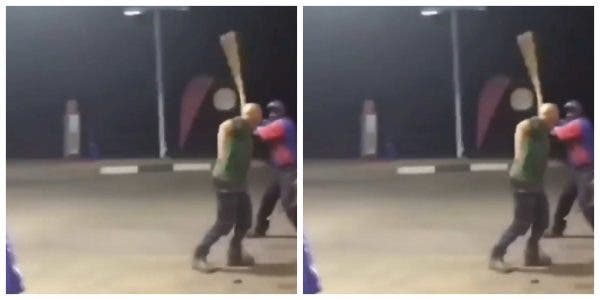 The white man was beaten mercilessly
A white man has gotten more than he could chew after calling a black man monkey.
It was gathered that the sad incident happened in South Africa.
The white man was beaten without mercy by a petrol attendant last night for the racist attack.
Video from the scene which has already gone viral on social media showed the moment the man was being beaten and running to save himself.
He was being attacked by the fuel attendant and his colleagues. And he even tried to fight back at a point but was overpowered by the fuel attendants who used a stick and a whip on him for allegedly calling one of them a ‘Monkey.’
Watch video below: