A Nigerian woman has made history in the world of skating after breaking two world records. 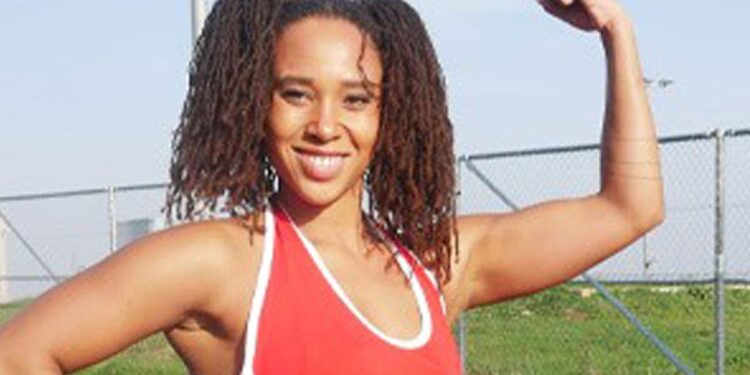 Tinuke Oyediran
A Nigerian lady has made the country proud after breaking two world records in skating.
The 27-year-old Nigerian born Briton Professional roller-skater, Tinuke Oyediran broke two records at the 2020 Guinness World Records Day.
Ms Tinuke broke the records for most cartwheels on roller skates in one minute with 30 and the most spins on e-skates in one minute with 70 during the Guinness annual celebration of record-breaking.
Reports have it that the University of Liverpool performing Arts graduate had a tasking journey towards bagging both records, one she described as “hardcore”, having to put her entire body weight PLUS another 5kg due to the weight of her skates onto one arm throughout her attempt to complete the cartwheel motion.
While speaking to the organisers of the global event, Ms Tinuke said “Achieving both of these records has made my lockdown dreams a reality. For anyone who has struggled with lockdown like I did, setting yourself a challenge really can help you get through and I encourage everyone to just go for it.”
She added, “I never thought I would be standing here now with two Guinness World Records titles at the end of this year so I’m so pleased that the practice paid off.”
Starting out 4 years ago at Starlight Express, a musical roller skate show in Germany, where she cut her teeth in roller skating, practising at first for 4 months every single day, 8 hours a day. 2 years after which she returned to London.
She then joined the company of the Marawa’s Majorettes, world record holders also, who she refers to as a role model. After which she started to hula hoop whilst roller skating at the same time, not a mean feat, which came with lots of blisters and bruises.
It is quite revealing that amidst the youth restiveness in the UK as whole, this Nigerian youth in the diaspora is finding new ways to channel these energies to good use, while doing her countrymen proud.
She has since then gone on to found Playtone with her friend Obie, where she doubles as a circus performer and skating teacher.
Tinuke Orbit, as she is fondly called, once said in an interview that her goal was to make fitness fun though Roller skating is definitely not a child’s play.
Top Stories