A radio station in Kano has been ordered to stop using the phrase 'Black Friday'. 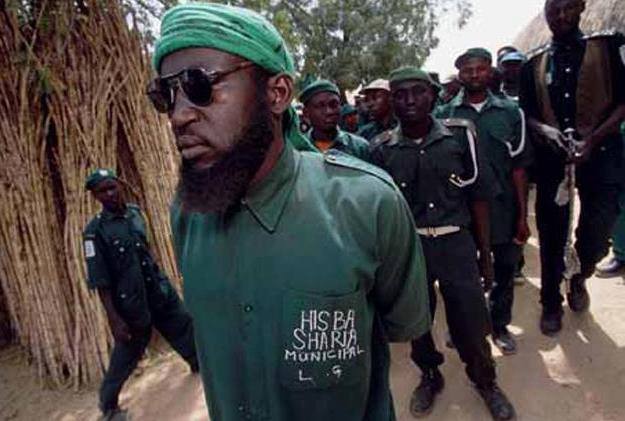 Kano Hisbah
A radio station in Kano State, 96.9 Cool FM has been ordered to stop using the term ‘Black Friday’.
The order was given by the Kano State Hisbah Board, which is tasked with the duty of enforcing Sharia law in Kano State.
Black Friday is an informal name for the Friday following Thanksgiving Day in the United States, which is celebrated on the fourth Thursday of November. The term is used worldwide to mean a day for promotional sales where goods are sold at discounted prices.
However, in a letter signed by Principal Executive Officer II, Abubakar Ali, on behalf of the Commander-General, Hisbah stated that Friday is regarded as a holy day in Islam and tagging it as ‘black’ is derogatory and would not be condoned.
The letter titled, ‘Letter of Introduction’ reads in part, “I am directed to write and notify you that the office is in receipt of a complaint for the conduct of ‘Black Friday Sales’ on November 27, 2020.
“Accordingly, we wish to express our concern on the tagging of Friday as ‘Black Friday’ and further inform you that the majority of the inhabitants of Kano State are Muslims that consider Friday as a holy day.
“In view of the foregoing, you are requested to stop calling the day ‘Black Friday’ with immediate effect and note that the Hisbah Corps will be around for surveillance purposes with a view to avoiding occurrence of any immoral activities as well as maintaining peace, harmony and stability in the state.”
Hisbah, an Islamic police operating in many states in the North, has been accused of several human rights abuses.
It is known for accosting vehicles transporting alcoholic beverages and does not allow such vehicles to pass through the state. Hisbah’s Commander General, Sheik Aminu Daurawa, had said over 12 million bottles of beer were destroyed in 800 operations executed in seven years.
According to the National Broadcasting Commission Act, only the NBC has the power to sanction a radio station especially in matters that relate to broadcasting.

I’ll encourage the Kano State Hisbah Board to ban everyone from wearing black or driving around black cars on this abominable “Black Friday”.

Man of Commerce, Dangote,I dey shame for your state... pic.twitter.com/jGnaPlOw2h