There seems to be crack in the leadership structure of the Indigenous People of Biafra following the resignation of Kanu's deputy. 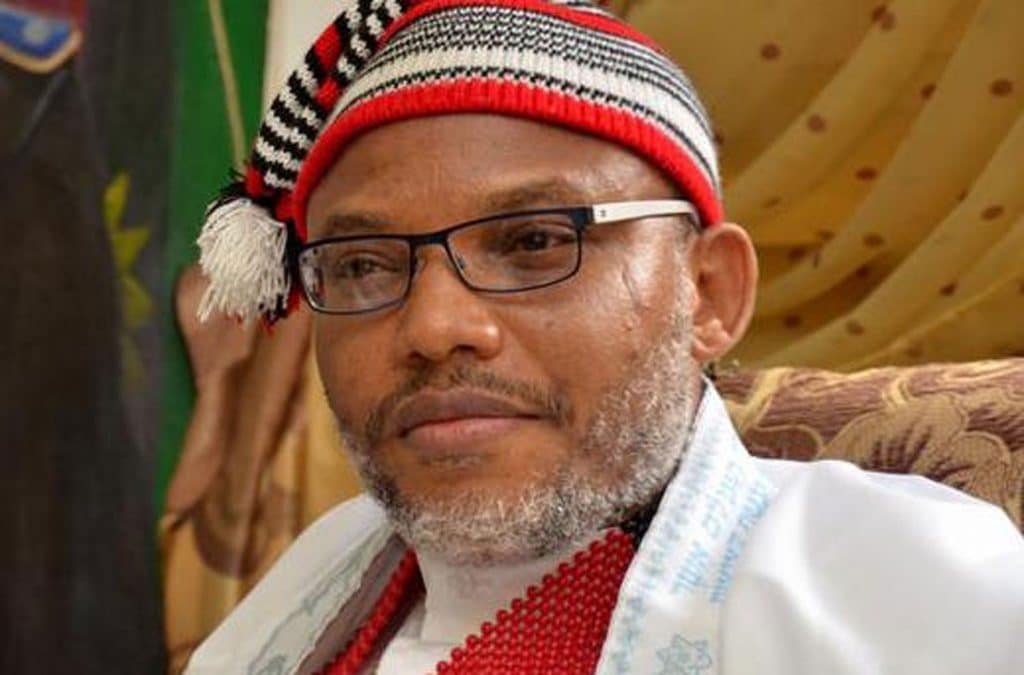 IPOB leader, Nnamdi Kanu
A leadership tussle within the ranks of the Indigenous People of Biafra (IPOB) has forced Nnamdi Kanu's deputy to quit his position.
Uche Mefor, it was gathered resigned following accusations of insubordination and disobedience.
Head of Directorate of State (DOS), China Edoziem, in a statement on Friday accused Mefor of “insubordination and disobedience” to constituted authorities in the organisation particularly to the leader of IPOB.
“Mefor was instructed by our leader to be attending his unit meetings in London and pay his monthly dues as everyone else does but he disobeyed this dimple instruction from his leader with the excuse that he as the deputy leader will neither attend unit meetings or pay monthly dues because he is entitled to same privilege accruing to Mazi Nnamdi Kanu as leader of IPOB worldwide.
“The office of the deputy leader of the IPOB is abolished with immediate effect and ceases to be a part of the IPOB leadership structure.
“Henceforth nobody should be referred to as the deputy leader of IPOB. Throughout the history of freedom fighting there is nothing like deputy leader.”
Top Stories