The media personality came under intense criticism on Twitter last week after many users accused her of looking down on the poor little girl. 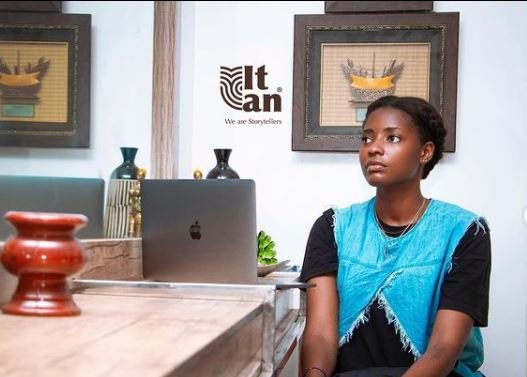 The young lady expressed deep regret over a viral video wherein she was filmed teasing a child beggar with a drink while driving in Lagos traffic.

The media personality came under intense criticism on Twitter last week after many users accused her of looking down on the poor little girl.

She was later relieved of a PR job she had with one Brothers Keeper, a non-governmental organization (NGO).

In an interview with BBC, Motara said she is still searching for the child beggar on the streets to beg for forgiveness.

She also claimed to have given the little girl money but did not capture it in the video.

“People had started messaging me, asking me if I had seen the video. I exclaimed, ‘My life is ruined. God, forgive me!’. What happened was that I had gone out with my friends; we were inside my car and in the traffic,” she said.

“I was just playing like my usual self; I used to overplay. I was teasing the girl with the drink like, ‘I want to give you. I won’t give you’. People said I was laughing. Now, there’s this woman who sells drinks around there.

“When she saw me, she was amused, saying ‘This lady isn’t serious. Look at her playing with that beggar girl’. That was what made me laugh. As the traffic moved, I moved my car but the girl followed me.

“I told my friends to hand me some money. I gave it to her. I didn’t capture that on video. It wasn’t my intention to do anything with it. I don’t know how the video got to Twitter because it was on my WhatsApp status I posted it.”

Morata said she has not been able to sleep or eat since the video went viral. She also promised to atone for the mistake whenever she sees the little girl, who she claims to have been looking for.

“The thing made me lose self-confidence. It’s very shameful. I have an ulcer. I’ve been thinking. I could neither sleep nor eat. I’ve just been crying. I wake every morning and go back to that spot hoping to find her,” she added.

“The only thing I can do for the rest of my life is to apologise and attempt to redeem myself. If I see the girl now, I will kneel down and beg her. From the bottom of my heart, I’m truly sorry. I didn’t mean it the way people took it.

“I’ve learned not everything is a joke; Nobody deserves being looked down on. Not all personal stuff should go online.”

In the widely condemned video, Motara could be seen holding a bottle of drink while asking the little girl if she cared for it.

But instead of giving the child beggar the drink, the Twitter influencer had the side window of her car shut. She then placed the bottle close to the child beggar’s mouth while the young girl ran after her vehicle in the traffic.