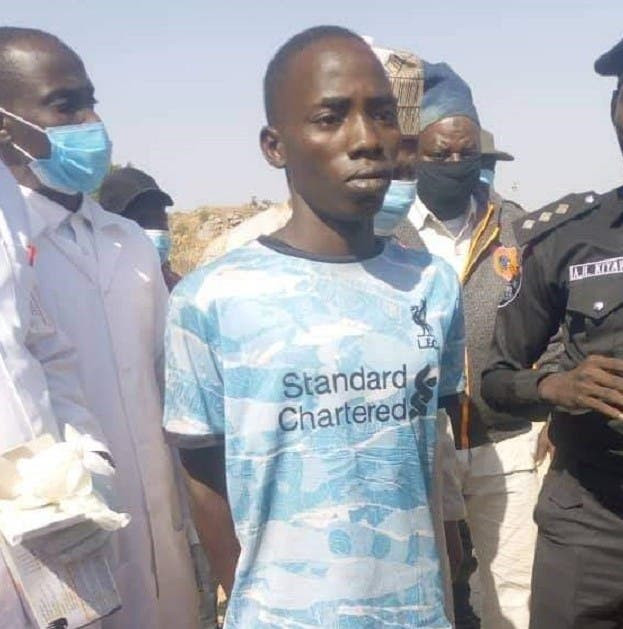 A young Nigerian man who has been identified as Anas Sa’idu has been arrested in Kano state.

The young man was nabbed for allegedly kidnapping and murdering a 16-year-old boy identified as Tijjani Kabiru.

He said the command received a complaint about the kidnap from the victim’s father, Alhaji Kabiru on November 9, and it was learnt that the suspect demanded for a N1.3 million ransom and N20,000 recharge card from the victim’s parents.

Sa'idu was however arrested by men of Operation Puff Adder on Nov. 23 at Kwanar Gwarmai Village in Bebeji. Investigations revealed that he lived in same neighbourhood with the victim who he invited to a farmland and kidnapped.

Haruna said; “The suspect called the victim’s father through his neighbour’s phone number and demanded a ransom of N1.3 and N20,000 MTN recharge card.

“The suspect led a medical team and detectives to the spot where Tijjani was buried.

“’ The body was exhumed, examined and released to his relatives for burial according to Islamic rites."

The police spokesperson added that the Police Commissioner, Mr. Habu Sani has ordered a discreet investigation into the incident.