The escapees were re-arrested and paraded by the police. 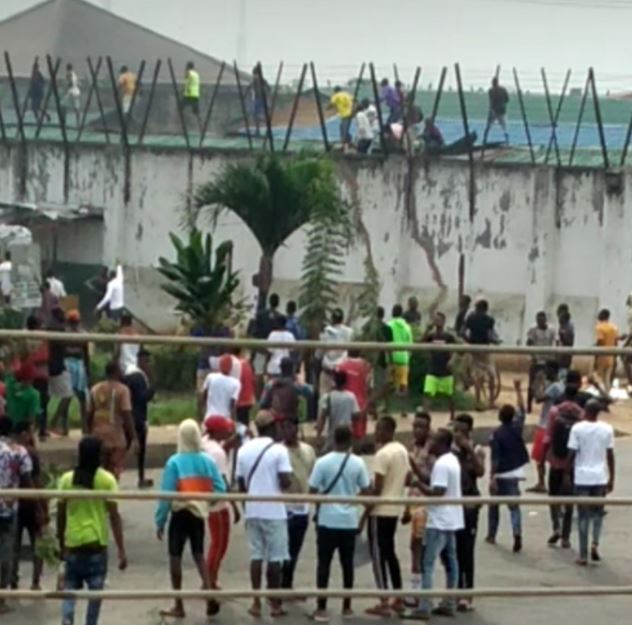 The Edo State Police Command have re-arrested four prisoners who escaped from Oko Prison following the mayhem which ensued during the #EndSARS protests.

The suspects were paraded at the Nigeria Police Force tactical unit in Abuja, alongside others who were arrested for various offences bordering on armed robbery, car theft, unlawful possession of weapons, illegal dealing and selling of weapons.

The prisoners who escaped from the facility have been identified as Adebayo Opeyemi, Oloride Benjamin, Peter Osas, Hudu Musa and Frank Odion.

While Mr Opeyemi is a dismissed soldier, Mr Benjamin was convicted and sentenced to death and Mr Musa had nine months remaining to serve out his prison term.

It was gathered that the suspects have snatched a total of four vehicles since their escape. Mr Benjamin on the other hand, snatched a vehicle 30mins after he escaped because he needed to leave Benin City.