A man has stirred controversy on social media after wearing 'isiagu' outfit to his white wedding. 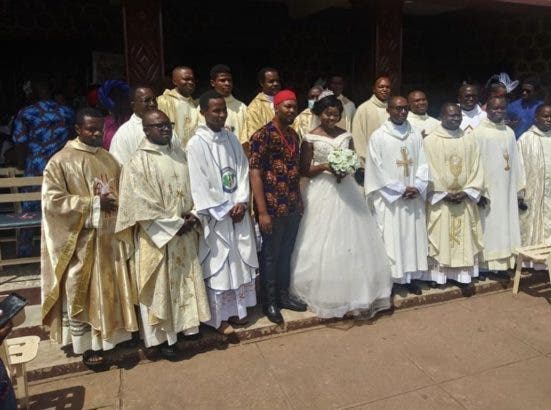 The groom rocked isiagu outfit to his wedding
A Nigerian has shunned the recommended suit and tie as he rocked ‘Isiagu’ outfit for his white wedding ceremony.
Social media users have been having a field day since the photos the man and his beautiful bride went viral on social media, as the couple were spotted standing with Catholic priests while they take official photos after service.
Isiagu is a traditional and cultural outfit which is mostly worn by Igbo people, who are mostly from the Southeast part of Nigeria. 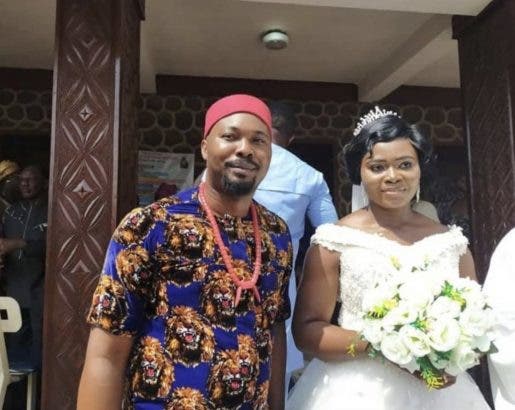 There has been mixed reactions by Nigerians after the photo went viral. Many reacted positively to the wedding outfit and photos, while praising the man for wearing the cultural outfit to his wedding.
However, some opined that the outfit does not compliment that of his bride’s wedding dress while said the bride should have worn a similar outfit with her husband.
See some of the mixed reactions below; 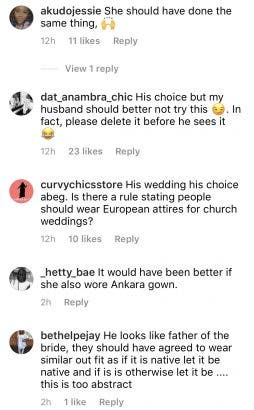 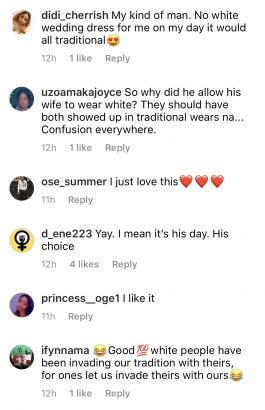 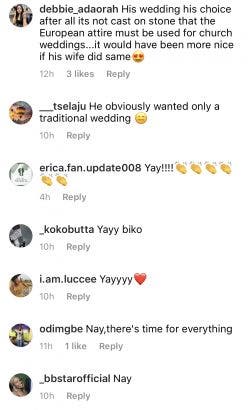 5 Things You Should Know About Online Dating
Popular Stories