Popular footballer, Cristiano Ronaldo has been announced as the winner of the 18th edition of the Golden Foot Award. 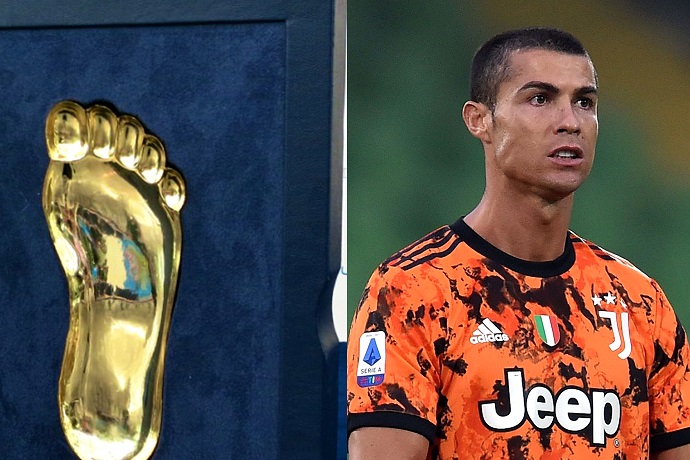 Cristiano Ronaldo
The winner of the 18th edition of the Golden Foot Award has been announced.
Juventus star, Cristiano Ronaldo won the award ahead of Barcelona captain, Lionel Messi and Bayern Munich striker, Robert Lewandowski and Liverpool winger, Mohamed Salah.
The winner of the award is voted for by fans from a shortlist of 10 players every year.
Ronaldo polled more votes for this year than Messi, Lewandowski, Giorgio Chiellini, Neymar, Sergio Ramos, Sergio Aguero, Gerard Pique, Salah and Arturo Vidal.
Juventus president, Andrea Agnelli, was also given the first edition of the Golden Foot Prestige.
Agnelli was chosen by a commission of international media figures.
The Golden Foot winner gets to have a cast of his foot laid down in the Champions Promenade in Monaco.
Top Stories