Abarhoun had been diagnosed in February while playing for Turkish Super Lig outfit Caykur Rizespor. 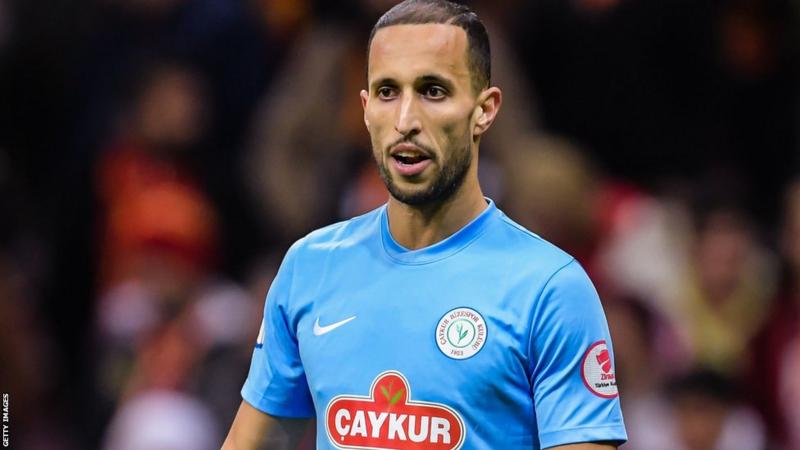 The defender passed away aged 31 on Wednesday after almost one year battle with stomach cancer, BBC reports.

Abarhoun had been diagnosed in February while playing for Turkish Super Lig outfit Caykur Rizespor.

He was receiving treatment at a Turkish hospital, but unfortunately passed away on Wednesday morning.

Caykur Rizespor released a statement, saying, “We have learned with sadness the news of the death of our former football player Mohamed Abarhoun, who has been receiving treatment for a while.

“We wish Allah’s mercy to Mohamed Abarhoun, who passed away, and our condolences to his family, relatives, and community.”

Abarhoun had joined Rizespor in January 2019 from Portuguese club Moreirense FC, playing 37 games for the Turkish club until the end of his contract last August.

Prior to his time in Portugal, Abarhoun had a seven-year stint with Moroccan club Moghreb Tétouan, winning two league titles in 2012 and 2014 as well as representing the club in the Club World Cup.

On the international level, Abarhoun won seven caps and played for Morocco at the 2014 African Nations Championship.

He was also part of their U-23 national team at the 2012 Olympics, featuring in three games.