We can probably all agree that 2020 has been a rather strange year. There have been ups and downs for everyone - particularly for professional athletes. However, some have thrived and even achieved the results of their career throughout 2020. 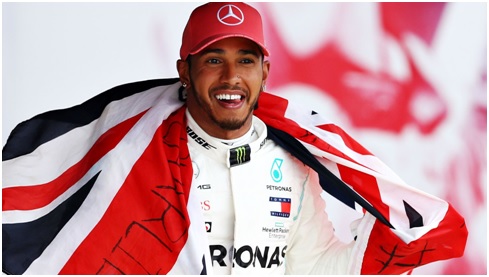 And thanks to sources like legalcasinocodes.com, sports punters can claim bonuses on events involving these athletes.

The athletes we will be talking about in this short post have certainly upset the bookmaker odds as they worked their way towards tremendous success. But with all of this in mind, you are no doubt curious as to who these athletes are, and what they have achieved. So let’s jump right into it!

Leaders of the pack

You would need to have spent 2020 under a rock to not have seen this man's name in the headlines. Hamilton has quite literally made history with his Formula One successes over the course of this year. While many hailed Michael Schumacher as the greatest ever, Hamilton is rapidly overtaking this reputation. This is largely thanks to the records he has managed to set this year.
Hamilton now holds the all-time record for the most wins in Formula One, and he has equaled Schumacher’s 7 World Championship Titles. As you can see, Hamilton is an absolute machine behind the wheel of his Mercedes, and he is undoubtedly one of the most successful athletes of the year.

From Formula One to the soccer field now - Robert Lewandowski is another athlete that has just raised the standard of his sport to new levels. Not only did Lewandowski manage to win the Bundesliga with Bayern Munich, but he also lifted the Champions League trophy with them in the same season. Unlike Hamilton mentioned above, Lewandowski is obviously surrounded by teammates, but his own individual contributions have been incredible.

To say that Lewandowski is a natural-born goalscorer would be an understatement. He put in an exceptional number of goals both domestically and in the Champions League last season, and his abilities caught the recognition of some of the very best in the world. Not even Messi and Ronaldo could keep up with his scoring habits in the Champions League, and it looks like things are shaping up for another record-breaking season for Lewandowski.

Finally, we just could not ignore the achievements of Dominic Thiem this year. The reason that we feel he has had one of the most successful years of any athlete is that he was the one guy that has managed to break the stranglehold of the ATP’s big 3. While he was knocking on the door during January’s Australian Open, he still couldn’t wriggle past Djokovic to claim his first Grand Slam.
However, at the US Open, Thiem defied the odds and won his first Grand Slam. On top of that, he went on to beat both Djokovic and Nadal at the end of year finals. What a year!