According to her, she met the guy through a mutual and got talking but he lived in Ghana while she lived in Nigeria.

A young Nigerian lady has told the story of how she found out her boyfriend of about a year was actually married with kids.

According to her, she met the guy through a mutual and got talking but he lived in Ghana while she lived in Nigeria.

After the lockdown, they decided to meet up and that was where trouble tarted.

Below is how she told the story:

This is a thread of my tragic relationship story in 2020. I do this unapologetically with all pain and pettiness left in me because e be tins...

Been single up until the last week of January 2020, which was the period I got to know @TimiSleek through a mutual friend. We got texting in WhatsApp and found each other very interesting

Things moved way too fast and we got into a relationship by early February cos I was single and he claimed he was. Told me he wanted something very serious cos he's been through hell and he could not go down that road again. Planned to meet in March as he was in Ghana and I in Nigeria but lockdown happened, borders close and we both where stuck in our countries.

Dated all through the year waiting patiently for the ease of the lockdown and finally I was set to fly on the 31st of October.. Receipts below 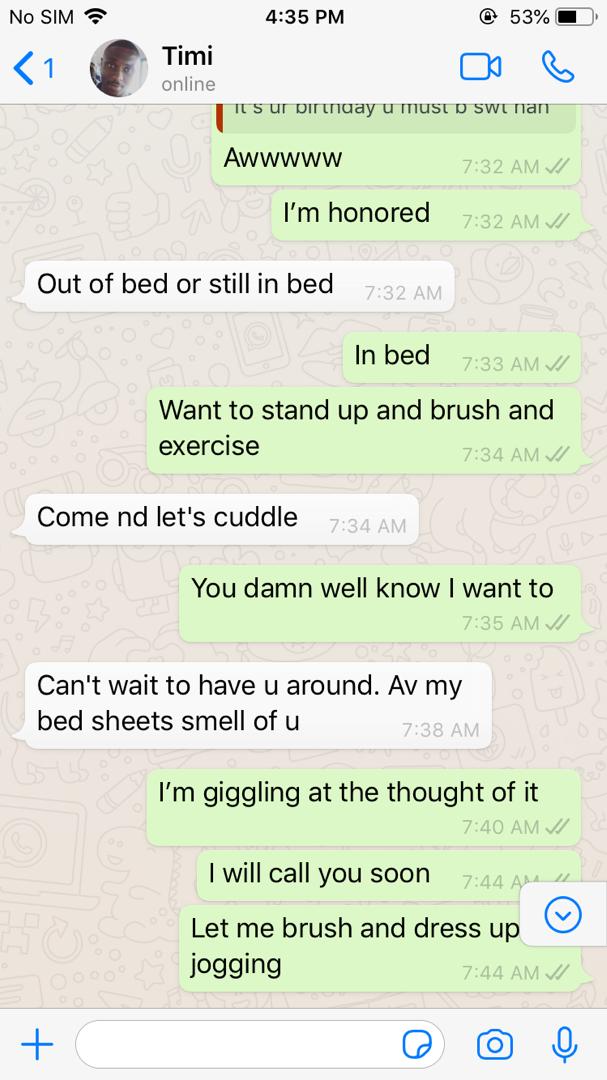 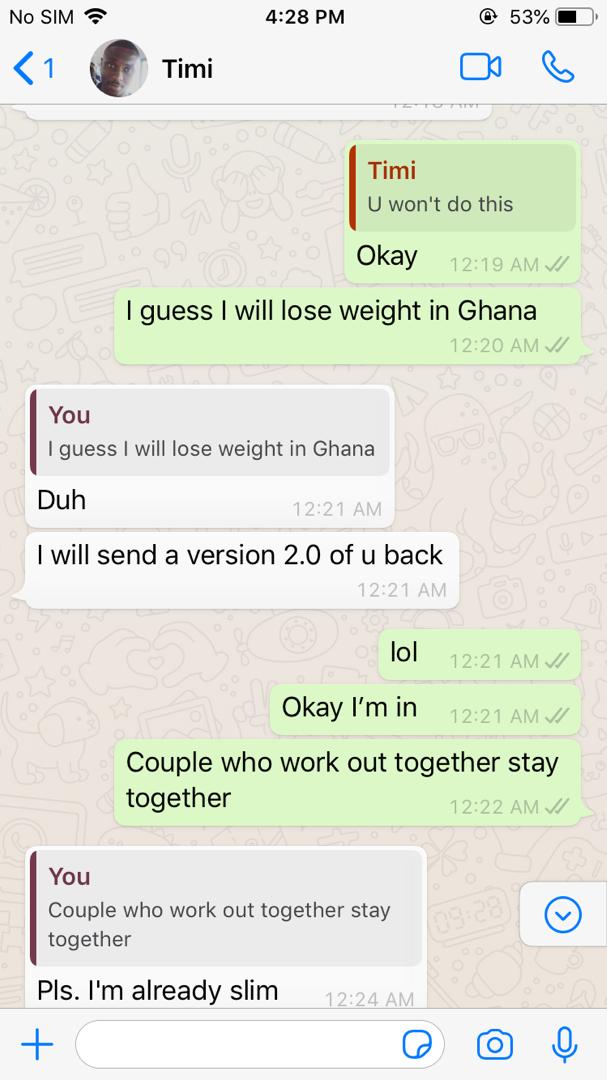 Got to Ghana, had the warmest welcome for at least few days, then things begun to change. When we read manga together, weird texts and calls pop up, we started arguing a lot and I could tell a lot was off. Confronted him about them texts and he said it was from his sister... Appaz back in this house he lives with this so called "sister" and her kids. Rather, they live with him.

Then the stories weren't just adding up any more, calls, texts and arguments getting more frequent... Confronted him more which made him decide to confess...he said the "sister" is his baby mama, she fell pregnant for him and didn't say anything earlier until it was too late for an abortion so she has a son for him. This so called "sister" has two kids and he claimed the first wasn't his.

Accepted the story for peace to reign in that moment and got set to travel back to lagos.. Getting home and have a clear space to think, I realized a lot of things behind the way he played victim in that story wasn't adding up.

Mind you this is someone I was supposed to be in a serious relationship with, speaks to my friends and family on a regular.. Still asked more questions cos as I said, stories weren't adding up. Dude decided to break up with me because he said he didn't owe me no explanation. Only for me to find out after the breakup that he is actually married to the so called "sister" who is the baby mama.

@TimiSleek, it will not be well with you. You took away my choice of the kind of relationship I wanted, took advantage of the distance to deceive me. To what end? 11months of deceit and lies and closing of other options because I trusted you.

I'm not here to attract pity nor play victim.. I'm here to drag you dirty ass  cos I'm hurt and at this moment, I really don't give a fuck. Bdw, he is a captain in the airforce Ghana and his full name is Asaolu Timilehin.. @TimiSleek