'No Tear Gas, No Helmet' - Senior Police Officers Tell IGP How #EndSARS Went Out Of Hand


Also present at the meeting, which was held at the force headquarters in Abuja on Monday, November 30, were members of the police management team, counter-terrorism commanders and special protection unit commanders. 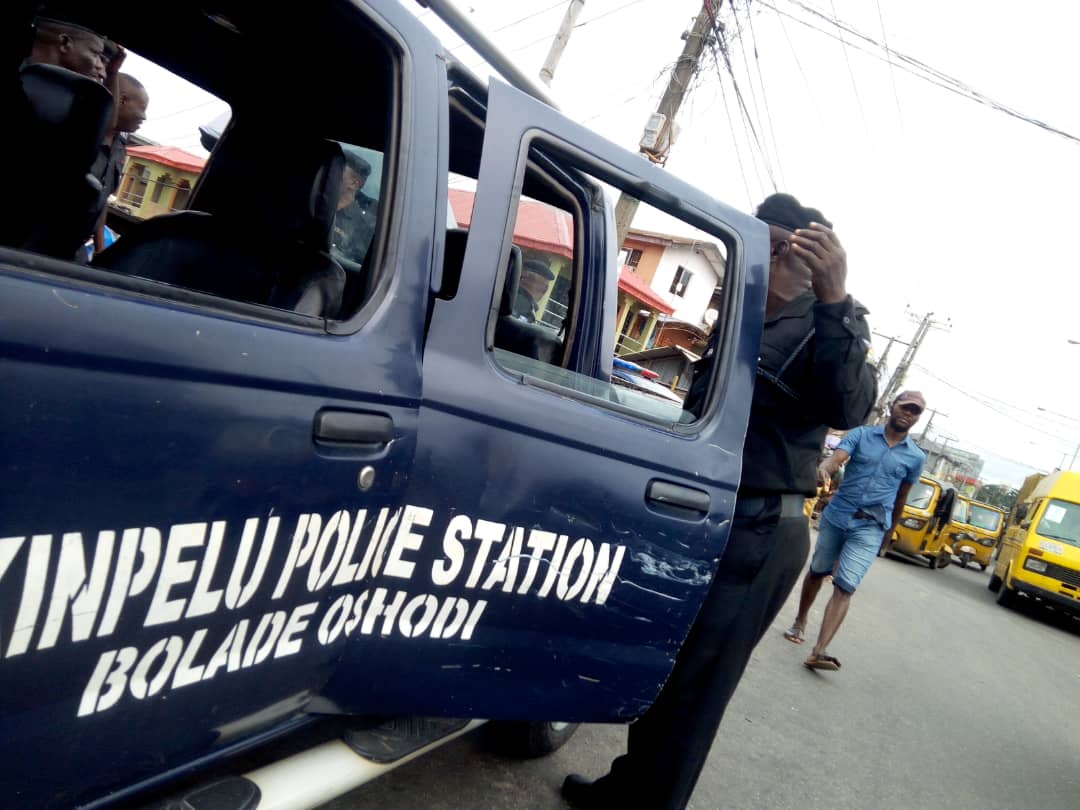 According to TheCable, the inspector-general of police, Mohammed Adamu, got more than he bargained for when he called 77 commanders of the anti-riot squad, known as mobile police (MOPOL), to a post-End SARS protests review meeting.

Also present at the meeting, which was held at the force headquarters in Abuja on Monday, November 30, were members of the police management team, counter-terrorism commanders and special protection unit commanders who were brought together to “take stock” of the End SARS protests.

Most of the MOPOL commanders who raised complaints were initially diplomatic — and the message was most likely lost on the inspector-general, who had told them to speak their minds so that the mayhem would not repeat itself.

His aim, he had said, was to study what they got wrong and what they could have done better.

Of the five MOPOL squadron leaders from Lagos state, the epicentre of the uprising, only one managed to speak up, TheCable understands. He told a stupefied IGP that the state police commissioner, Hakeem Olusegun Odumosu, “let us down”.

“The CP did not know what to do. At that critical moment, he was either confused or out of ideas. We were just sitting there, waiting for him to give directives. Nothing was forthcoming at a time that was one of the most challenging in police history,” the commander said, according to an insider who briefed TheCable extensively but would not like to be quoted.

Odumosu was accused of being more interested in protecting Lagos politicians and other VIPs than the public.

“And that he did very well,” the insider added.

The #EndSARS protests, which were aimed at fighting police brutality, went out of control and on October 21 and 22, several buildings — including the palace of the Oba of Lagos, Lagos state high court and media houses — were burnt and shops looted by the rampaging mobsters.

Ajah police station in Lagos was attacked and its armoury looted by the mob. More than 10 police stations across the state were also torched.

Philip Sule Maku, the commissioner of police in Ebonyi state, was also accused of “lacking ideas” when demonstrators swooped on the police command headquarters and it took the efforts of “a few brave officers” to prevent their building from being set ablaze.

Police authorities said 22 officers were killed nationwide during the protests.

‘NO TEARGAS, NO HELMET’

A MOPOL commander told the meeting that the Lagos state police command did not have tear gas, which is the first line of deterrence officers deploy when a mob action is getting out of hand.

He said some officers took initiative and went to the neighbouring Republic of Benin to buy tear gas from illegal markets.

“The IGP was shocked. He asked, ‘You mean there is a black market for tear gas?’ He was incredulous. But things are so bad with the Nigeria police today that Nigerians would cringe if they know how vulnerable we are to criminals and mobsters,” the insider told TheCable.

“In the absence of tear gas, the only option left for us in Lagos was to use live ammunition. It would have been bloody. We don’t have water cannons. We don’t have rubber bullets. We were caught between using live rounds to quell the uprising — which would have brought things under control — or yielding the streets to the rioters and minimising the casualty figure.”

A senior police officer told TheCable: “We have a police force in our country that does not have a very vital operational tool known as ‘tear gas’ in the armoury to tackle civil unrest. The remnants of tear gas in our armouries are all expired. This is just tear gas, not to talk of inadequate bullet-proof jackets and bullet-proof helmets.

“The question then is where is the money and equipment that the federal government budgeted to be procured for the last elections? Nothing was bought or distributed to any command or squadron. We now send our men on Boko Haram operations without the required equipment to fight such a war.

“Another question being asked is: where are the yearly allocations for procurement of uniforms and accoutrements? It is more than 10 years now that I can remember that the authorities of the Nigeria Police Force issued even a yard of fabric to its men as uniform. We buy all these things in the open market from civilians.”

He said MOPOL commanders are allocated as low as N50,000 per quarter to run their squadrons and fund operations, including fuelling and maintaining their vehicles.

‘NO NEED FOR TROOPS’

On October 20, Babajide Sanwo-Olu, the governor of Lagos, declared a curfew and invited the military to clear the streets as protesters stood their ground.

At least one death has been confirmed from the Lekki tollgate shooting amidst an allegation that there was a massacre — which has been denied by both the state government and the military authorities.

Adamu was told by the MOPOL commanders at the Abuja review meeting that there would have been no need to invite the military if the police had been properly equipped.

“Every time you hear that billions of naira have been approved for the police, you have to ask where the money is going. We are expected to maintain peace and order and fight bandits and terrorists with bare hands. No bullet-proof vest, no helmet, no tear-gas, no training, nothing,” the insider lamented.

“It will very hard to get a true and holistic police reform without inputs from operational/field commanders and middle-level officers who are the real commanders on ground and therefore know the problems of the force and can also proffer solutions.”