Two ritualists caught in possession of a human eye have been placed under arrest by the police. 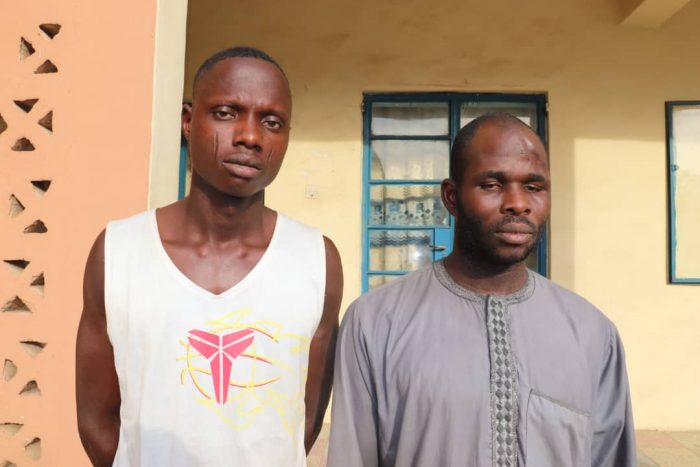 The ritualists after they were caught
Photos have emerged showing the two ritualists caught with an eye in Niger by the police.
The duo confessed that they wanted to use the eye to prepare charms.
They claimed they got the eye from a dead man.
One of the men, was arrested at Daza village, Munya Local Government Area, by policemen attached to Gwada Division.
The arrest was based on a tip off.
The command’s Public Relations Officer (PPRO), ASP Wasiu Abiodun, disclosed this in a statement issued in Minna on Tuesday.
The suspect holds the removed eye
Abiodun said on Dec.1, at about 1800 hours, based on credible information received, the police first arrested one Buhari Ibrahim, who was in possession of the human eye.
During interrogation, the suspect claimed to be a herbalist and that one Bitrus Imoh of Geneko village Kotonkarfe Local Government Area of Kogi State, gave him the human eye in order to prepare a charm for him.
The spokesman said that Bitrus was later arrested on Dec.7.
He claimed to have removed the human eye from the corpse of his late brother who died early this year.
The police spokesman said the suspects would be charged to court, after further investigation. 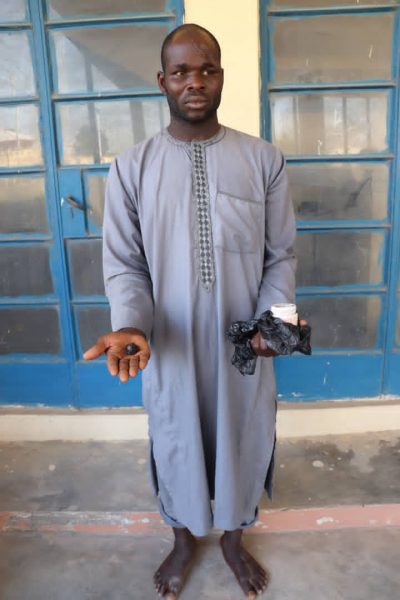