The charges include 46 counts of rape allegedly involving 21 women, 38 counts of observations or recordings in breach of privacy, 14 counts of stupefying to commit an offence and seven counts of unlawful possession of restricted drugs. 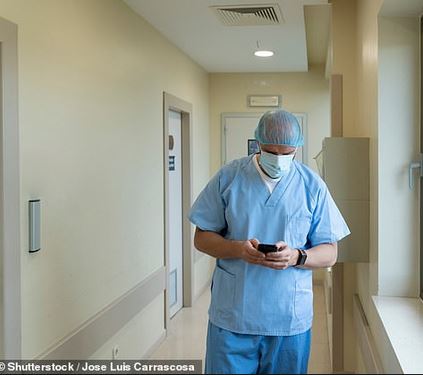 A male nurse who allegedly drugged, raped and recorded a total of 21 women he met on dating sites has been arrested.

The 30-year-old man, who cannot be named for legal reasons, is facing 135 charges over the alleged assaults across southeast Queensland, Australia.

Police believe the sedatives he used to drug his victims came from the hospital where he was working.

The alleged offences occurred in Bethania, Springwood and Brisbane CBD between 2016 and 2020.

He faced court in Brisbane in August on ten charges but has since been hit with more than 100 more.

The charges include 46 counts of rape allegedly involving 21 women, 38 counts of observations or recordings in breach of privacy, 14 counts of stupefying in order to commit an offence and seven counts of unlawful possession of restricted drugs.

Police have appealed for other women to come forward saying they believe there may be more victims.

The man's registration as a health practitioner was suspended by the Health Ombudsman about two weeks after his court appearance in August.

"It's also alleged he subsequently administered substances and filmed himself engaged in non-consensual sexual acts with his victims," Detective Inspector Glen Farmer said.

"Detectives are continuing work to identify a number of women who they believe may also be victims of this man's alleged predatory behaviour."

Police say a woman in her early 20s reported being drugged and sexually assaulted by a man at a Mary Street apartment in August.

"She participated in a drink with that man and whilst at the apartment the behaviour that is the subject of the charges is alleged to have taken place," Detective Superintendent Tony Fleming said.

"There was an impact on her consciousness and after she was able to gather her wits she left and subsequently received some assistance from her family and also a GP."

He was denied bail during his first appearance with magistrate Anthony Gett saying his position as a registered nurse was concerning.

"It would seem ... he has knowledge and training with those drugs said to be the administered stupefying drugs," he said.

Mr Gett told the court he also had concerns about the method and nature of the alleged offences.

"The allegations concern a level of deliberateness and planning," he added.

The court heard the man used social media platforms like Tinder and Snapchat to meet women.