A young undergraduate student of Federal Polytechnic, Offa has been jailed by a court in Kwara. 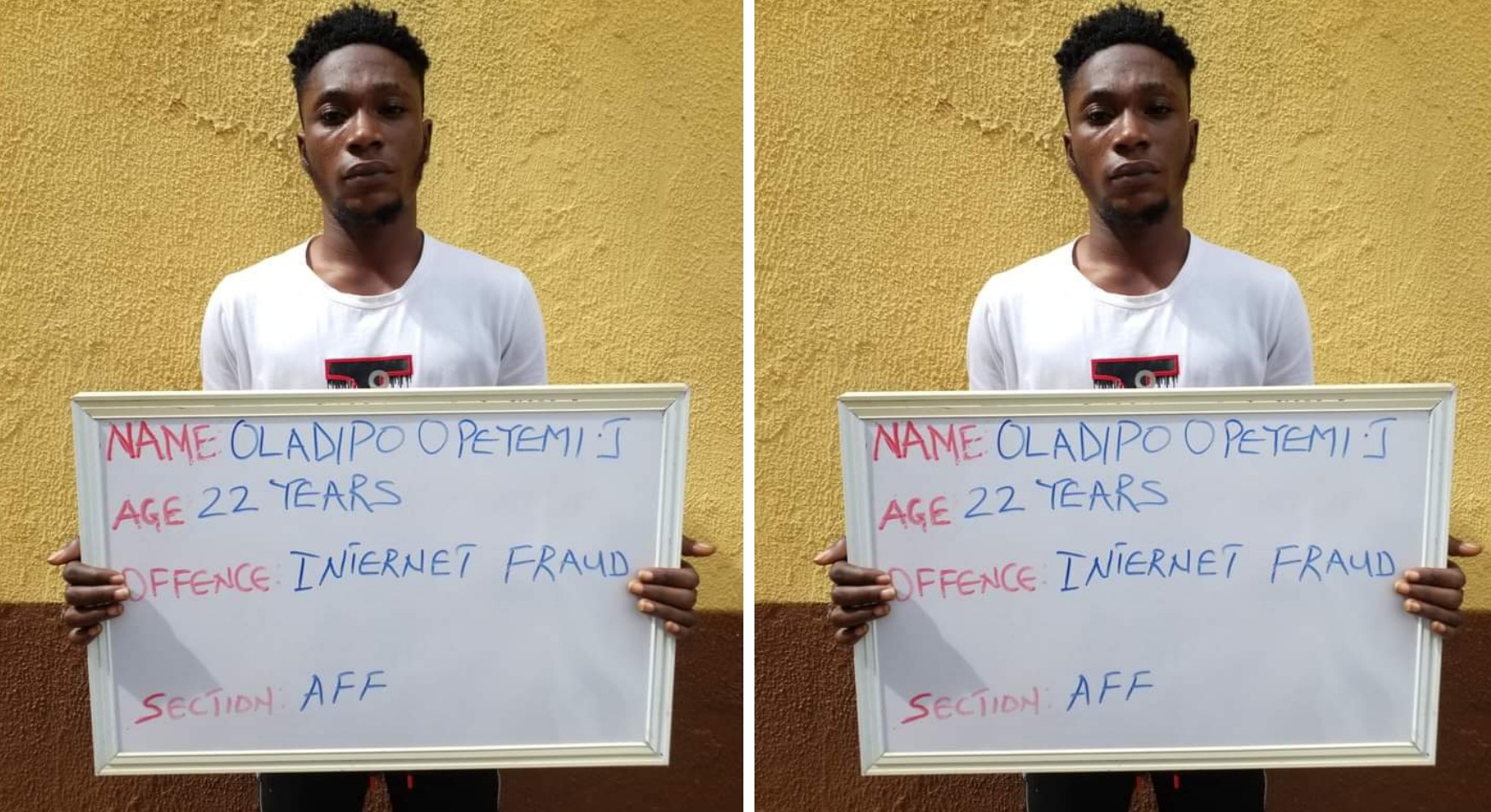 Juwon
A 23-year-old undergraduate, Oladipo Juwon has been jailed by a court for engaging in fraud in Kwara state.
He was jailed by a Kwara state High Court, sitting in Ilorin, on Thursday.
The HND 1 Student of Federal Polytechnic, Offa, Kwara State will now spend nine months imprisonment for internet fraud.
However, he was granted the option to pay a fine of N250, 000.
Justice Mahmood Abdulgafar made the order following the trial of Juwon over a three count charge bordering on cheating, contrary to section 324 of the Penal Code Law of Kwara state.
The case was filed by the Ilorin Zonal Office of the Economic and Financial Crimes Commission, (EFCC).
According to the charge filed by EFCC, Juwon was accused of portraying himself as a white female, named Frank Tinna to one Bernard Fontenot and induced him to send $235 through gift cards
The accused person pleaded guilty to the charge when it was read to him.
Enoch Onyedikachi, an operative of the EFCC, had earlier told the court that on Sept. 7, 2020, the EFCC, Ilorin Zonal Office, received anonymous petitions from some concerned citizens in Offa, about the activities of some Internet fraudsters in the area.
He said the commission immediately launched a surveillance on the area and on Sept.14 raided the location, during which the convict was arrested along with others.
The witness said commission operatives recovered an iPhone from the convict, and on Sept.15 when he was brought to the Commission’s offices, it was confirmed that he was into Internet fraud, a fact to which he admitted in writing.
Justice Abdulgafar said he considered the totality of the evidence before him; the plea of the defendant; the exhibits tendered and the unchallenged testimony of the sole prosecution witness, to pass judgement on the convict.
Pronouncing his judgement, Abdulgafar said “I hereby sentence you to three months imprisonment on count 1 with option of fine of N100,000, another three months imprisonment on count two with option of fine of N100,000 and three months imprisonment on count three with N50,000 as option of fine.”
The Judge said that the sentence should commence on 23 Dec., 2020 in view of the ongoing examinations at the Federal Polytechnic, Offa, that involves the convict.
He also ordered the convict to forfeit his mobile phones and compensate his victim.
Top Stories