According to a report, a total of 668 children are still missing following the abduction. 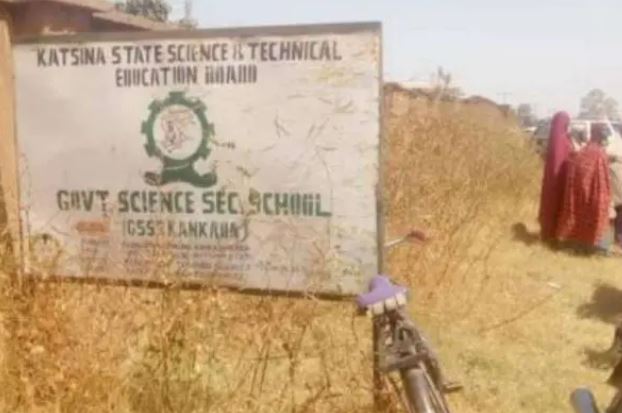 According to a report by Daily Trust, a total of 668 students of the Government Science Secondary School Kankara, Katsina State are yet to be found.

Quoting the school register, the newspaper said: “One of our reporters, who was at the school yesterday gathered that at the time of the incident, the school had 1,074 students in both its Junior and Senior Secondary sections in session.”

The source added that both SS3 and JSS 3 students have completed their exams, hence they were not in school during the attack.

The Presidency had earlier countered Governor Bello Masari claims that that three hundred and thirty-three students are missing following an attack on Government Science Secondary School, Kankara, in Katsina state.

Masari in a statement released on Sunday December 13, said that 333 boys were still missing after bandits struck at the school.

“Based on the available record we have, we are still searching for 333 students through either the forest or their parents to ascertain the actual number that have been kidnapped. We are still counting because more are coming out from the forest and we are calling through the numbers those parents that have phone numbers to find out whether or not their children have gone back home.

We as government we are yet to be contacted by any group or person responsible for the kidnap of the students.”

The Senior Special Assistant to the President on Media and Publicity, Garba Shehu however told BBC Hausa Service that only 10 boys were abducted by the bandits.

“The Government of Nigeria has said its security forces have surrounded the location where gunmen have kept school children abducted from a secondary school in Katsina State.

“Spokesman for the President, Mallam Garba Shehu, told the BBC only 10 children were remaining in the hands of the gunmen according to their colleagues who escaped from the gunmen. The number is below figures released by school authorities at the beginning. Garba Shehu said the school children who escaped said 10 of their friends were still with their abductors.”