The festive officers on Sunday, December 13, raided a home in the capital city of Lima to arrest a suspected drug dealer. 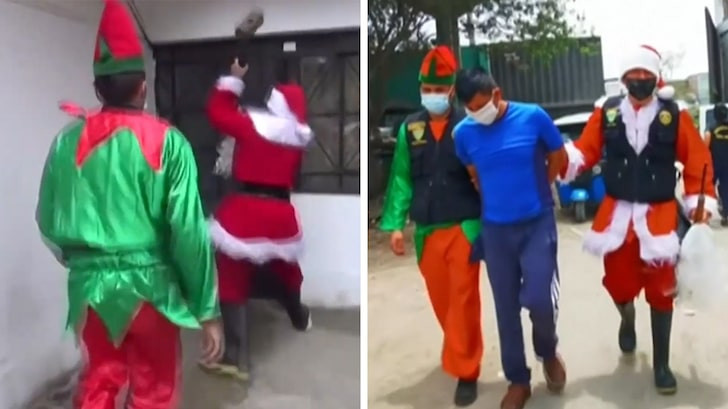 Two police officers in Peru who were working undercover have arrested a suspected drug trafficker.

The Two undercover police disguised themselves as Santa Claus and Elf to conduct the drug bust in Peru, ABC News reports.

The festive officers on Sunday, December 13, raided a home in the capital city of Lima to arrest a suspected drug dealer.

The officers, who arrived in an undercover van dressed in their disguises, with flak jackets hidden underneath, used a large hammer to smash into the house and then wrestled with the drug dealer suspected of dealing cocaine and marijuana.

In the video one of the police can be heard saying: “We are the police, we are the green squad, this is an anti-drugs operation.” 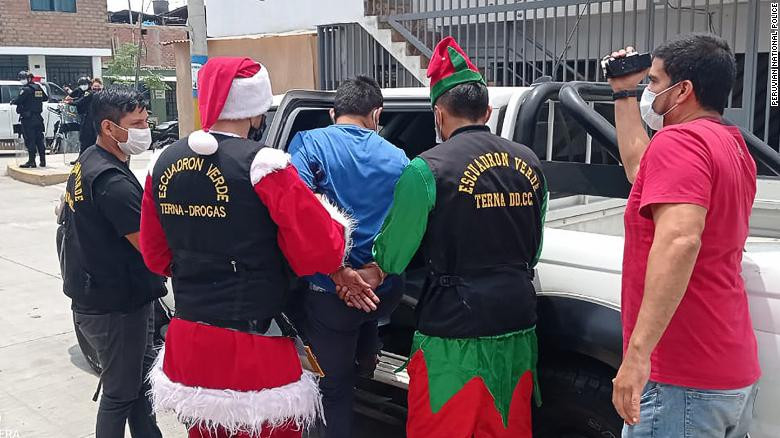 The Santa Claus and elf officers can be seen pinning the suspect down in the Villa El Salvador district of the city.

The arrested man had allegedly been videotaped selling drugs outside his home near a school, a police spokesman said.

At the house, police found a bag with hundreds of small bags that appeared to contain drugs, a revolver, and a balaclava, he said.

"With the results we are seeing, a significant amount of drugs has been confiscated, both marijuana and basic cocaine paste in ketes (small packages of drugs), a firearm has also been seized," said Colonel Fredy Velasquez, head of the Grupo Terna drugs squad.