UPDATE: One Faints As Physically Challenged Persons Protest In Abuja


One of the protesters, who stormed NASS complex reportedly fainted during the protest. 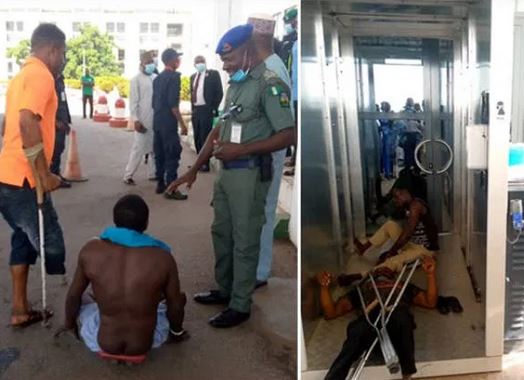 One Faints As Physically Challenged Protest In Abuja

Physically challenged persons from the Niger Delta region stormed the National Assembly to protest as they claimed they are being neglected.

One of the protesters, who stormed NASS complex, according to Punch fainted during the protest. As at the time of filling this report, efforts are being made to revive the yet to be identified protester.

They said they were being marginalized and neglected by their representatives in the National Assembly, noting that they were being denied their rights despite being educated.