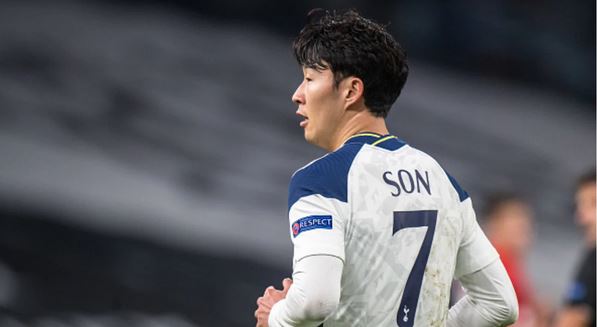 Son Heung Min
Son Heung Min's sensational solo effort against Burnley has won him the prestigious Puskas Award presented by fifa.
He scored the superb goal in Tottenham’s 5-0 thrashing of Burnley in the Premier League in December 2019.
The 28-year-old picked up the ball right in his side’s half and took on the opponents on his way to scoring the best goal of last season as he claims the coveted prize.
Spurs were already 2-0 ahead courtesy goals from Harry Kane and Lucas Moura as early as the first ten minutes of the fixture.
But it was Son’s goal on the half-hour mark that stunned fans across the globe as it took the South Korean just 12 seconds to race from his own penalty area, up the entire pitch - all the while dribbling the ball past a hoard of Burnley players - and score.
The amazing strike was well rewarded on a night when FIFA rewarded the best achievements between July 20, 2019 and October 7, 2020.
Boss Jose Mourinho filmed a video after hearing of Son's win, saying:
"Sonny. Puskas Award. Goal of the season. Of course, Sonny."
On the night, the major prize went to Bayern Munich’s Robert Lewandowski who was crowned the best player for the year 2020 following an impressive performance for his club in the outgoing year.
The Polish striker won five major titles with his German League outfit Bayern Munich including the UEFA Champions League.
He scored 55 goals and 10 assists in 47 appearances across all competitions - a feat that put him ahead of any other player in terms of individual awards.