‘We Ate Only Once In Two Days, Defecated In The Same Place We Slept’ - Kankara Schoolboys


Schoolboys kidnapped and later released by bandits have narrated their shocking stories. 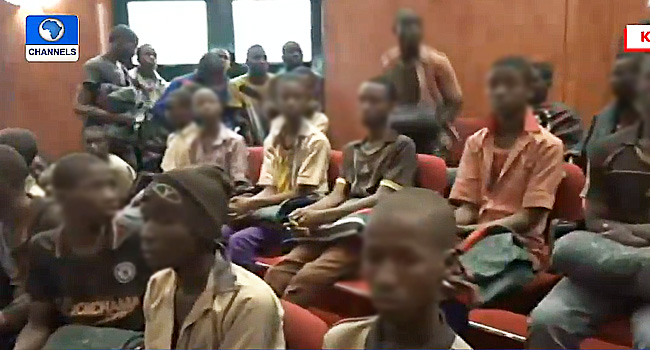 Katsina schoolboys
The schoolboys kidnapped and later released have revealed how they suffered in the hands of their abductors.
Recall that the boys were released yesterday.
Speaking to Channels Television on Friday morning after the Governor, Aminu Masari, received them at the state House in Katsina, the schoolboys said they ate only once for two days.
‘We ate only once in two Days”, one of the boys told Channels Television.
He also said he was not feeling well, adding that they really suffered while in the bush.
Another boy said they were made to defecate in the same place that they slept.
Top Stories